A peaceful protest led by a man only known as Tae erupted into violence outside of the HPD once a squad patrol car was up ended and protestors were blasted with water from hose pipes and bean bags fired to disperse the angry crowd by the HPD. 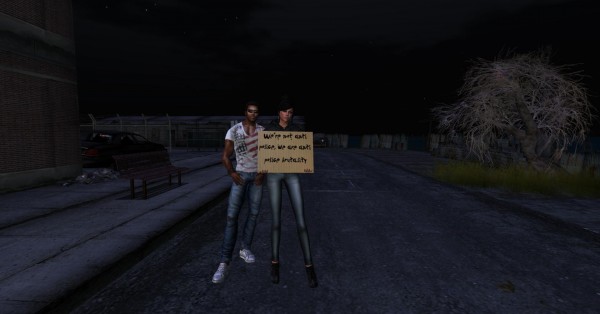 Protestors chanted “fuck the police” and “shut it down” as well as “justice against rapists.” The last in reference to Captain Stoneage, rumored to have committed several rapes against female prisoners.

Dr. Bosque alleged recently that she was wrongfully arrested and forced to miscarry a pregnancy by the HPD.  She and several protestors took to the street outside the station and held signs up, calling for “justice against rapists” and an “end to police brutality.”

The protest erupted into chaos and violence when a squad car was upturned, with a fire engine arriving to provide hose pipes with which the police used to target people and repel them with cold water. Gun shots were heard fired and bean bags were used against the angry crowd as police officers started to beat the protestors and try to subdue them with force after issuing warnings to disperse. 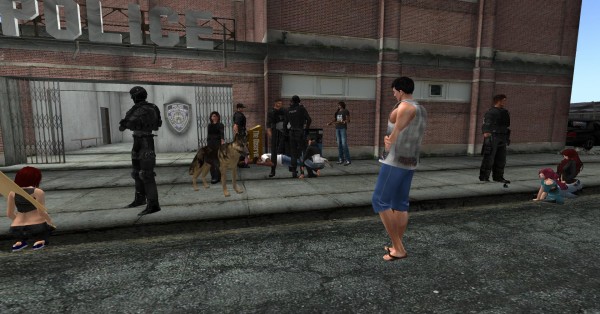 The doctor and her male friend were both beaten down and taken into custody by officers. Several protestors fought with police and were either subdued or ran for cover as gun shots were fired by police. A K-9 dog was brought to the scene and let loose on the protestors. Amongst those seen protesting were Reaper gang members as well as regular citizens.

Bottoms Up Is Now Re-Opened!