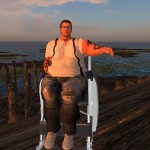 Local Hathian resident, Ellis Millet, 37, was the victim of a recent attack that saw his own daughter, Doctor Amaya Chesnut, 24, push him off the pier at the beach by the end of Bourbon street.

Chesnut, a former intern at Hathian General Hospital, apparently has issues with her father.

In Millet’s own words, “Well we were talking and I had apologized for further disappointing her..” he explained, describing what led up to the dramatic incident. “She responded saying I failed her and hurt her and that I am a horrible father and person. I got sick of her shit so I told her she was bitter like her mother..”

The argument escalated as Millet revealed, “I told Amaya that she’d rather be bitter and hateful than forgive me..” who has admitted to strained relationships with his children in the past.

“So she pushed me. The first time I hit the emergency breaks just in time. Then she pushed me again and I went in.” Millet stated, adding that he was only rescued by another local, a Reaper gang member known as Trixie. “I don’t really remember much other than I was pulled out by Trixie but I think Amaya ran away..”

“Honestly I know I ain the dad of the year but….I didn’t deserve this. I wasn’t bad enough to deserve to die.” With his own daughter pushing her father off the end of a pier into the murky Louisiana waters, will Millet be able to forgive his daughter? Alex Markus, a model for VE agency, Millet’s other daughter, allegedly paid somebody to stab her father over arguments between the two but since then the father and daughter have made up. “shit with Alex had gone back we had made up.”

Millet responded to the question with: “No. I was in a wheel chair and she pushed me off. Her intentions clearly were to kill me. Alex? I think she just wanted me to leave her alone. There is a difference.” 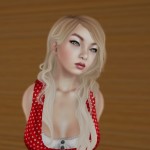 When questioned by the Hathian Observer, Dr Chestnut admitted she had pushed her father off the pier. “I ran into him by chance and he just.. wouldn’t stop.  He kept haranguing me and haranguing me.  I am not proud of what I did, but I am pregnant and hormonal and the history combined with all that and I snapped.  It’s water.  It wouldn’t kill him.  I made sure he was safe and then I left.”

Chestnut revealed she had called paramedics to help save Millet but “Some woman who seemed to know him walked up while I waited for their help and she went down to help him.  I was unable to stay due to the risk of his temper and my own condition at the time.”

The potential threat of criminal charges being pressed against her by her own father didn’t seem to phase the doctor. “As for criminal charges, I will not speculate on what-ifs.  I will handle that should the matter arise.  As for forgiveness from Ellis, that is not something I am concerned about.”

Calling her father  ” a deeply troubled man,”  the doctor, now settled in a job that is not based at Hathian General Hospital, might have a future prison sentence if things go the way her father wishes, Millet has filed a report on Chestnut on the criminal charges of attempted murder.

Strippers, Erections and FDH – OH MY