With The Observer office on Bourbon Street near the overpass, it’s in close proximity to the alleged gang hangout of The Reapers, whose ranks have swelled with recruits as of late. 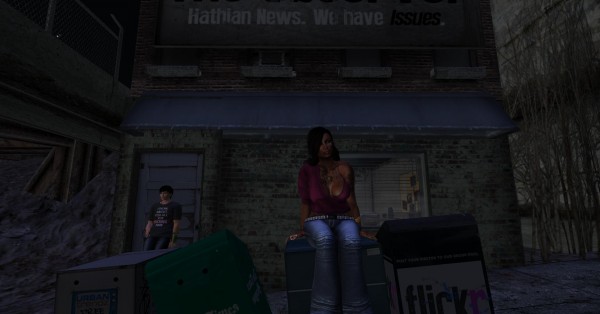 The higher gang population around the office has started putting the reporters in danger, especially since the gang members, identified by yellow or green rags, have started loitering outside the building. Over the past few weeks, they have moved from a bench outside what is said to be their hangout to almost directly in front of the Observer’s window.

Numerous fights have occurred on the street outside of The Observer’s office, and drug dealing is rumored to have taken place as well. Reporters say they can see all of this from their desks.

Until recently, there was only hypothetical concern that staff members would be targeted at work. Legitimate worry surfaced last week when a gang member tried to extort a reporter on a smoke break outside the office because they were “on Reaper turf”. The reporter refused to give the man any money, which resulted in the gang member attacking the reporter.

The reporter managed to escape to the safety of the office, and the gang member retreated, though maintained his presence on the street. No arrests were made and the reporter is said to be doing fine.

Two reporters have also been attacked in the recent weeks, leaving staff questioning whether or not their line of work is safe. While journalists aren’t well received by some people, they have never been directly targeted. The Reapers are, seemingly, the first to set their sights on Observer staff.