An anonymous email was recently sent to The Hathian Observer office along with pictures of a naked man cuffed to a bed.

The message read: “Attached are some photos I would like you to have a look at. These photos are of a man who’s name is Kail Evans. He is not only a stalker but one who enjoys seeing others in misery. I have turned those tables around and I would like you to publish them as a punishment and a warning to those who want to try and fuck with me. The message here is: Karma is a bitch and so am I.”  The sender described themselves as “an anonymous reader.”

“Kail was never a stalker. He’s a pervert if you get his clothes off, but I never knew him to be a stalker,” says a former ex girlfriend, known as Trixie. Evans seems, “really passive. Like, REALLY. I had to push his ass hard to get him to even raise his voice, and he was never violent. He never stalked me, so I would be surprised if he had it in him. Sort of… oatmeal, ya know what I mean?”

She also added, “He had this.. sneaky, squirrely way about him. I could see him pissing someone off. Still, I’m surprised he made anyone mad enough to do all that.” Apparently Evans broke up with Trixie and was in pursuit of somebody else.

Another source, Emily Cooper, barista at the Daily Grind, stated, “He’s never crossed me as the stalking type but, I admit I don’t know him that well.” She admitted that, “He came to me asking me to help him patch together his friendship with Nish and, I did some mediating with Nagishi’s new partner 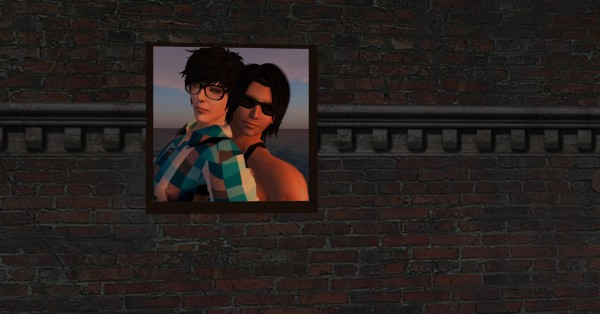 and he agreed to talk to him about patching things up with Kail.” Apparently a disagreement between former Rader Record Store employee Nagishi and Evans occurred with Nagishi’s partner involved.

When questioned, Yuki Wikifoo, Nagishi’s current boyfriend and a bartender at Lou’s Bar, stated, ” I do know Kail, but only through Nish. I guess not long ago the two were best of buddies. Although once he found out I was dating Nish things got weird. I can’t say I’m fond of Kail. He’s a pathological liar, shit talks someone he claims as a “friend” for his own benefit, and knows how to be manipulative.”

Wikifoo added that, “The whole thing is really complicated” before being shown the pictures. Apparently the pictures were taken in the couple’s bedroom, something that the Observer was able to confirm when interviewing Wikifoo in his apartment.

“The only two people who have the keys to this apartment are Byrdi, Nish, and me. I don’t think Byrdi even knows Kail, and it sure as hell wasn’t me.”  Wikifoo seemed upset and distraught over the idea that his boyfriend could have been the one to carry this scheme out, however it would seem that only Nagishi would be the only one with a motive and capable of taking his revenge on Evans.

“It kinda all went to shit the moment he came here and called my sister a whore,” Wikifoo admitted, revealing another plausible motive for the revenge scheme that saw Evans being tied to a bed, naked and exposed to the public eye.

Whether Evans plans to take legal action has yet to be determined but with the “anonymity” of the culprit possibly exposed, what will happen next remains to be seen.

Who Cares About Cleats?