Siddalee Matfield, who was kidnapped on June 10th, was found and rescued last night after being missing for nearly four days.

Lorena Hendrassen, an officer for The Hathian Police Department before she was fired recently, kidnapped the girl while she was on the phone with her friend Michi. According to the teen, Siddalee screamed the woman’s name before she dropped her phone. 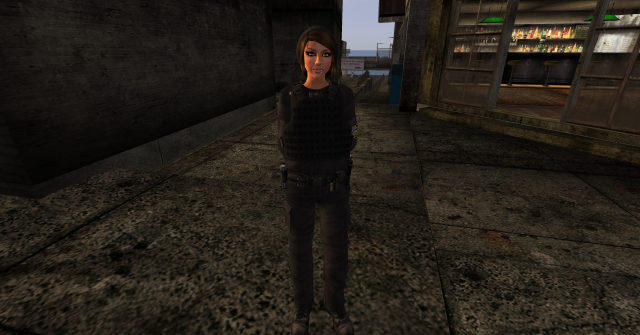 Hendrassen has been known to harass citizens, and has apparently been targeting James Matfield and his daughter, Siddalee.

“[She] even outbid everyone at my municipal auction and dragged me out for a date that I was bound to go to cause of the auction,” Dr. Matfield states. “The crazy bitch tried to baptize me with a flaming baseball bat.”

Many jumped at the chance to help. Angel Moonshadow of Moonshadow Investigations volunteered to take the case with her private investigation company.

An hour after the teenager was taken, Matfield received a call from a person he couldn’t identify. They asked for $50,000, stating they’d kill his daughter if they didn’t get the ransom. Later, Hendrassen sent him a text with the location of the drop.

With no other way to find the girl, helpful officers gathered the money and placed a tracker on the parcel. After the money was picked up, Ann Stone, Moonshadow, and Matfield, followed them to a two storey barn in the suburb of Vodou.

Siddalee was located on the top storey with Lorena, and the group rushed in to save her. The woman was tazed by Stone, and ended up falling out of a nearby window. It is rumored that the woman is in hospital and is now paralyzed.

She is suspected to be charged with kidnapping as well as endangering a minor, and possibly even assualt of an officer for attacking Stone.

“I hope they slap on as many [charges] as possible,” Matfield states. “We got Sidda home. She was pretty malnourished and dehydrated with some scrapes and bruises. We found traces of drugs in her system as well.”

Siddalee is now safe and recovering. Though tired and “closed off at times” as her father describes it, she is glad to be home.