“I didn’t mean for it to be so big! I just wanted to burn it a bit! How was I supposed to know turpentine would make it so big?!” Millicent Bagshaw, 17 and Hathian resident, attempted to defend her actions to the Hathian Observer when talking about her involvement behind the  recent fire that burnt down artist and gallery owner Inara Shen’s home in Vodou, Hathian city. 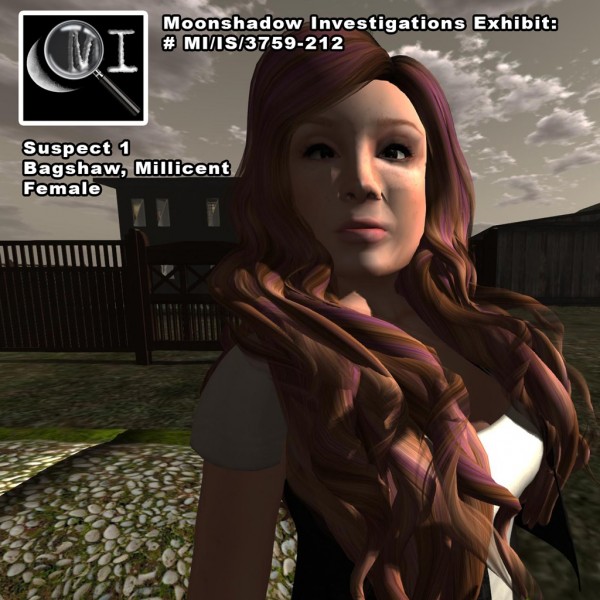 Caught by surveillance led by Private Investigator Angel Moonshadow of Moonshadow Investigations, (located on Hathian Highway) the teeanger was under suspicion soon after it “was determined beyond reasonable doubt from initial fire scene evidence that the fire was started by deliberate human intervention (arson) and the location was treated as a crime scene for the purposes of the investigation.”

“On the 5th June 2013 at 18:27 the FDH were called to a fire at the warehouse home of Inara Shen in Vodou. It was clear from a very early stage the fire was a deliberate act of arson and Ms. Shen appointed Moonshadow Investigations to seek the person or persons responsible.

“During the course of a complex investigation involving CCTV analysis, forensics, surveillance, communications intercepts and witness interviews we were able to piece together events surrounding the fire. I am quite confident the body of evidence we have compiled in our report proves beyond all reasonable doubt who was responsible for the arson.” This statement was issued by P.I Moonshadow in regards to the case. 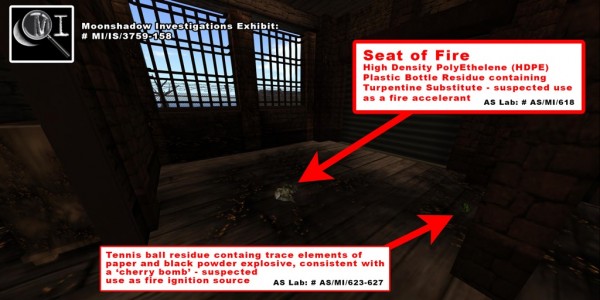 It was discovered that tennis balls, “consistent with a ‘cherry bomb’ design” were used as explosives and created the “fire ignition source.”

Bagshaw apparently had been harassing the artist and her boyfriend Dr. James Matfield at her residence several days before she set fire to her home. The teenager had been caught on CCTV egging Shen’s home before verbally abusing her and her boyfriend when they confronted her as she tried to egg the couple. She was also seen circling the property before withdrawing and a few days later the artist’s home was set on fire.

Inara Shen released this statement to the Hathian Observer, “I was shocked to learn that a teenage girl I met only once tried to burn my home to the ground. Losing my belongings and the financial strain this 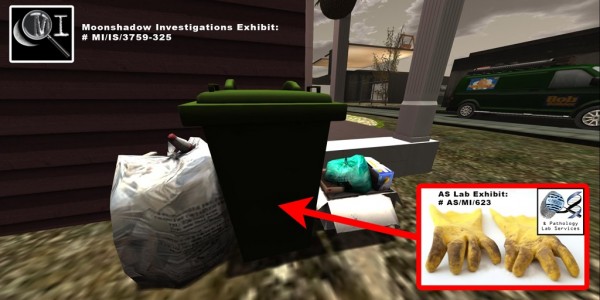 has caused is nothing when I consider the very real danger this girl put me and my roommates in. I hope she truly understands how serious her actions were. She wasn’t just playing with fire, she was playing with people’s lives. If it takes a stint in juvenile detention to teach her the consequences of arson, so be it. I don’t want her doing this to anyone else.”

When questioned about her actions, Bagshaw was quick to defend herself and claimed that Shen is “fucked in the head. Why should she get to live all comfortable like and get a boyfriend and have cats when my sister has to be pumped full of drugs all the time?”  Millicent has a sister, former CS director Amelia Flores, 25, who currently resides in Vodou. According to the investigation, there was no reason to suspect Flores of being criminally involved and was unaware of her sister’s actions.

Meanwhile, Moonshadow’s agency, Moonshadow Investigations, has issued this statement, “Upon our 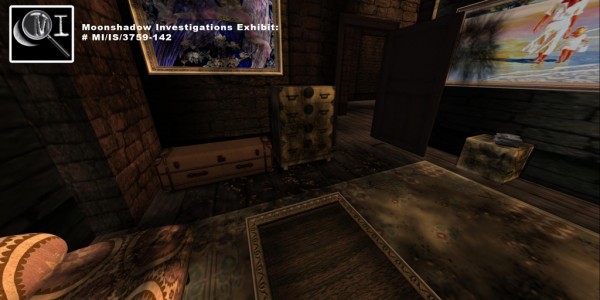 client’s request, Moonshadow Investigations has forwarded our report to the appropriate agencies and enforcement action is expected in due course.”

Bagshaw will be dealt with as a minor but she will most likely see time in a juvenile facility and be expected to participate and carry out community service. In the meantime, Shen has relocated and is now living above her art gallery in a temporary solution while she tries to find a new home and her insurance agency deals with assessing the damage done to both her home and possessions.

Bottom’s Up Clerk Vs HPD Officers In Ugly Vendetta