“.. Dat night, Offica Herriat cut muh hair and used me as a personal punchn’ bag. Firstly, afta being drug roun’ dey didn’t offa medics or even a bandaid… dey unleashed an inmate an paid him in cigarettes fuh’ joinin’ in on dey lil’ gang bang… dey ripped my downstairs ta non beleif.. I mean dat shit STILL bad. Da second day, only Mik came fa me, and he knocked me out and left me naked in solitary for houaas.” Danielle Melodia, 21, liquor store Bottom’s Up clerk revealed her suffering at the hands of several officers recently.

Melodia said she wanted to speak up to get her story heard but also admitted that, “I dun went got aressted a week ago, righ?”…an Offica Kobb and Offica Afro thought it’s be cute to drag me roun’ Hathian cuffed ta a cop car bumper, befo’ they rape me along wiff another inmate.. OH! and not mention, I be pren’nat..” 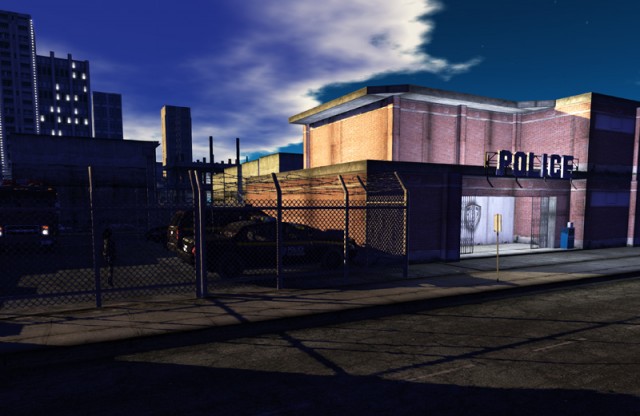 The pregnant store clerk explained that she “..thru a cleaver at Mik befo dey arrested me.. it didn’ even hurt his mofo ass.. but shit, take my ass dere and cut me.. yu ain’ gotta paint da’ pavement in homegirl’s blood.”

The Hathian Observer can however disclose that the clerk was arrested on charges of abducting Officer Herriat weeks earlier.  Herriat responded to Melodia’s claims of abuse by stating, “I didn’t help Sergeant Kobb whenever he had a hold of her. I got her afterwards, and yeah, I roughed her up a bit. But you know what? She fucking deserved it. She kidnapped me, tied me down to a chair for a week with barbed wire and almost ended up killing me.”

When asked about the reasons behind the abduction, Officer Herriat replied that “We didn’t get along well when she was an inmate here.”

She added that, “I’ve never arrested her. We just threw words whenever she was down here.”  Herriat also claimed “I don’t care if people know what I did to her.” Officers Kobb and Charisma were unavailable for comment.

Melodia wants to warn people about the officers and her treatment at the hands of the HPD. “I juss be wantin’ to warn err’body out there, dem Muffukin’ Police Officas is corrupt as hell, and I feel DAMN bad fo some dey wives and lady friends. They may not be knowin,’ but dey sharing pussy germs wit most females dat have err cam thru dat cell block cause dey homeboys cant keep dey pants up when dey see sey can take advantage of someone. If dey ain’ beaten.. det raping em.. maybe both.”

Asked about her reasons for abducting Officer Herriat, Melodia claims that, “She DID beat tha shit out of me, brought me to nea’ deff infact.. I could barely move out dat bitch when I got out she fucked me up so bad”…”Not ta mention, the countless times I be waking up in da middle of da night, feelin’ dat lil baton of hers pokin’ roun’ my downstairs.”

With her pregnancy and her recovery, Melodia is busy trying to stay out of trouble and is back to working at the Bottom’s Up liquor store but feels that the HPD owe her an apology at the very least.