Last Monday night marked the first of what is probably many wet t-shirt contests at Lou’s Bar, which was so popular that a record number of bartenders waited on patrons.

The popular watering hole was packed for hours. The event was enjoyed by both males and females, and even by two normally opposing factions, the Fire Department of Hathian and the Hathian Police Department. 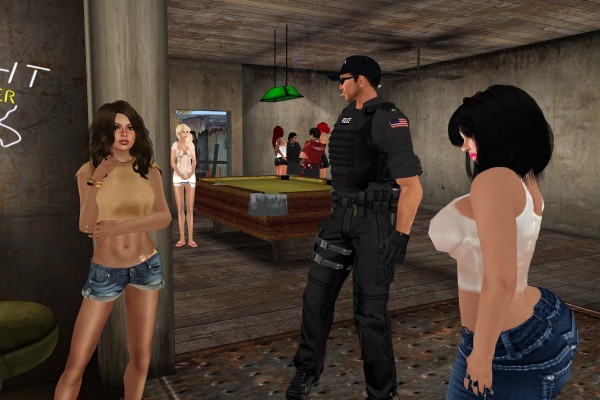 While most participants were female, some boys decided to join in the fun as well. Breasts and chests were soaked with squirt guns in the courtyard behind the bar. Afterwards, contestants headed back inside, and the rest of the patrons voted. With votes tallied, two winners from both sides of the fence were announced; Carson and Valentino.

“I just came on a lark, I didn’t expect anything to come of it!” said female winner, Carson as a blush moved over her face. “But thanks for those who voted for me!”

Both winners walked away with free drinks for the rest of the night, and bragging rights to go with their prize winning assets.

Burlesque at The Titty Twister!