Hathian was rocked Friday night when an explosion sounded through the city shortly after six in the evening near the border of the neighbouring suburb, Vodou.

The blast happened in the abandoned church off North Shore Drive, which is rumored to be the hideout of the Crows. Fire rescue instantly swarmed the location, and Chief Messmer, along with three other firefighters, battled the blaze. 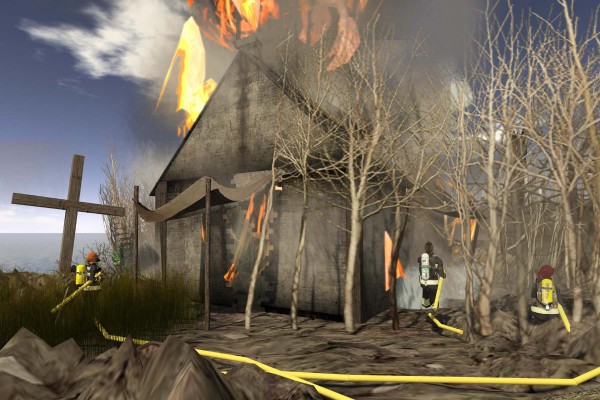 After clearing the surrounding fire, the team moved into the building just as screaming was able to be heard by the onlookers. The inferno was quickly put out, and through the smoke, two victims were located.

Both victims, a male and a female, were alive when found. The man was identified as Jin, a known member of the Rejects, rivals of the Crows.

Both gangs have been attacking each other back and forth for some time now in typical gang fashion. There have been no shortage of beatdowns, kidnappings, and raids on rival territory.

“[It was] most definitely a revenge attack, I don’t think a old church like that just blows up with a Reject inside all on its own,” said a witness to the fire. “[I’m] guessing something went wrong and they got caught inside when whatever they set on fire went off.”

Both victims are now in Hathian General. Their condition is unknown at this time.