Since the Observer ran the story about the missing cat last week (See ” A cat called Mouse” ) reports have been flooding in with cat sightings, failed cat rescue attempts and associated injuries and disturbingly, a number of incidents involving a bag of deceased animals.

We can confirm that the cat called Mouse has been spotted on several occasions in town this week commencing with a series of bizarre rescue attempts outside the Daily Grind. Initially, a well known local psychologist who prefers not to be named spotted the animal near the butchers, while she attempted to lure the animal and grab the diamond necklace was rewarded with a scratching. The cat escaped  up a telegraph pole across the road.

Sometime later, patrons of the Daily Grind could hear the distressed mewing of the animal still stuck up the telegraph pole – who was unable to get back down from the pole. Two rescue attempts followed both by young men first a scotsman then a local thug trying to impress girls with their heroic cat rescuing abilities. Both attempts resulted in more or less the same outcome. During the rescue, the animal was terrified by the rescuers resulting in them falling from the pole and injuring themselves quite badly. On both occasions the cat escaped back up the pole to safety. 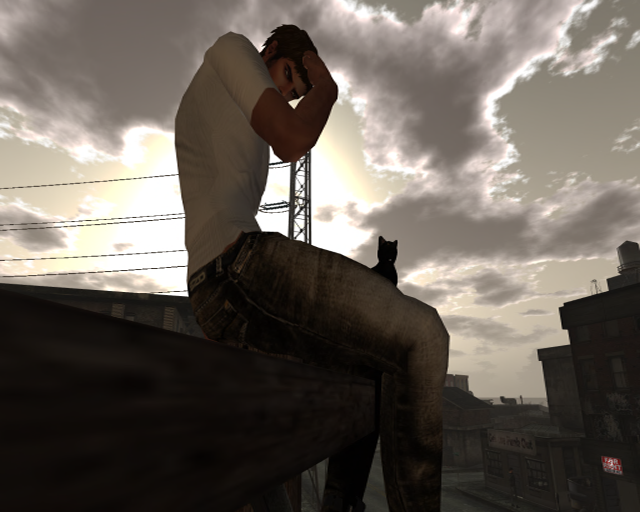 The cat later must have come down of its own accord as later one of the original rescuers, the now injured Scotsman was involved in a second more serious altercation at the Hathian Observer offices. At approximately 4.30pm the Scotsman and two females entered the newspaper offices holding what appeared to be the missing cat – the cat having been drugged somehow after having been attacked by a dog – all three claiming the reward. Given that this was now the fourteenth cat to be brought in to the office, mostly deceased, the attending Reporter, Daphne Divine refused to believe the authenticity of the animal as the missing one – even though the diamond necklace on the animal was a strong indicator that it may have been the genuine animal.

In the following argument over the authenticity of the animal police attended the scene and attempted to detain and subdue the enraged scotsman. This resulted in further cat related injuries of the scotsman as the drugged cat was itself used a s a weapon during the melee being thrown by the protagonists on several occasion. Finally one of the females, who turned out to be a highly trained schoolgirl ninja, produced a chainsaw as a weapon. On this occasion the police officers had no choice but to draw firearms in order to diffuse the situation.

Following the accidental discharge of one of the police weapons, the cat which at the time was been hurled through the air was struck in the ear by the bullet. The shock snapped the cat out of it’s drugged state and it promptly fled the scene and has not been seen since. Meanwhile the Scotsman also took this opportunity to flee the scene by smashing through the Observer office door and running away – still handcuffed. The flying scotsman is still at large and should be considered as a danger to himself and possibly a threat to cats. 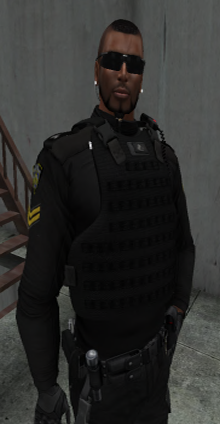 Once the situation diffused itself, helped no doubt by the courage skill and determination shown by the fine officers of the Hathian Police Department the junior reporter, Daphne Divine was still face with the task of disposing of the dozen or so dead cats, some by now rotting, that had been left at the newspaper offices by people seeking the reward. To achieve this objective she placed the deceased animals in a brown hessian sack to take to the local meat merchant known to offer meat disposal services. Unfortunately during the transaction, the attendant at the butchers was apprehended by police on a warrant for an unrelated matter and thus the disposal of the animals was never completed.

The reporter then proceeded along Main Street to the basketball courts, still carrying the sack of dead animals. At this point the reporter was approached by two drug addicts who clearly had the intent to rob her. Local animal lover, Ms. Billie Parx also appeared and was dragged into the ensuing altercation. The male attacked the Ms. Divine, the reporter and female attacked Ms. Parx with some dirty syringes. Fortunately Ms. Divine after distracting the man with the bag of dead animals was able use one of the syringes to stab her assailant shortly before being kicked in the head at which point another well known hero from the HPD, Corporal Ty Kobb arrived at the scene.

He quickly and accurately assessed the situation and apprehended the two protagonists for further questioning even though they claimed that they were innocent and were merely trying to prevent further animal cruelty after discovering the bag contained dead felines. Un-phased by this nonsense Corporal Kobb detained the individuals fairly and without any form of violence. We at the paper believe that the actions of fine police officers like Corporal Kobb should be seen a shining example of the good and often unrewarded police work done in this city, especially in light of the recent accusations of police brutality and corruption. 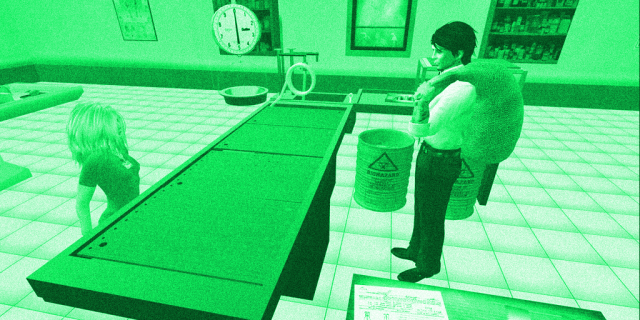 Meanwhile Ms. Parx agreed to take the bag of cats, as she had recently found some stray dogs that needed feeding. At this point a man entered the scene who claimed to be a medical examiner who immediately confiscated the bag of animals using his so-called credentials. It is unclear what happened with the bag of animals, however a man fitting his description and carrying a sack was later seen on a publicly accessible wifi security camera.

Here at the observer we have to question why this alleged medical examiner was so interested in the bag of dead cats. Was he going to dispose of them correctly as he claimed or did he have a more sinister reason for taking them? At this point we don’t know but rest assured the Observer is doing everything in its power to find out.