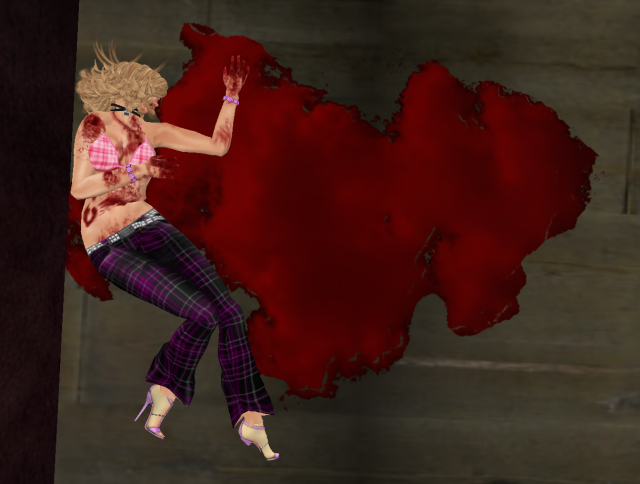 The mangled and bloody corpse of a young Russian Titty Twister dancer named Netanya Eltsina was found yesterday in the back VIP rooms of the Titty Twister. Discovered initially by a co-worker who went into hysterics, a young female customer took over and brought in authorities.

It was obvious the corpse had been stewing for a few hours, as the blood pooled on the floor was dark and partially congealed when emergency personnel arrived on scene. Police worked tirelessly, scouring the scene for evidence as the medics pronounced and brought in the Medical Examiner for closer inspection. 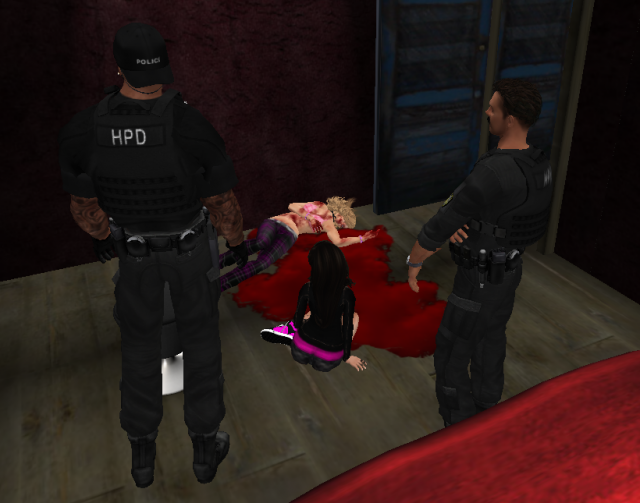 The words “gruesome”, “sick bastard”, and “very violent” were thrown about by those on scene as they tried to restrain a very distraught Blue Handrick Noel as she desperately tried to get past the barrier of people to see her felled employee.

Investigation into the identity of the killer is still underway, but rumor holds that one of the nefarious Crows is responsible. Never has the term ‘Murder of Crows’ been more appropriate. The Observer and the loved ones of the deceased ask anyone with information regarding this crime to come forward.

Netanya Eltsina was a 22 year old blonde from Russia who has been a dancer at the Titty Twister for years and featured prominently in many of their events, shows, and promotions. She had recently begun a career with Valmont Entertainment as both a model and on-screen talent. Funeral Services will be announced following the completion of the investigation.