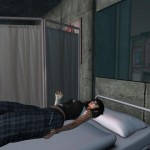 Eliza Matthews,28, was stabbed to death outside of Hathian’s General Hospital by a woman identified as Nikki Rodriguez,21. Matthews and her friend, Scotty Dash,21, were seen outside of the hospital, with Matthews attacking Rodriguez before falling victim to her own blade and being stabbed fatally. Rodriguez was arrested soon after a paramedic witnessed the scuffle and the police were called. She was detained at the hospital with several injuries, including a broken arm, a stab wound to the upper back and bruising to the face as well as concussion. Rodriguez was later transferred to prison where she is being charged with murder. Matthews is survived by her sister.

The Hathian Obsever were able to speak exclusively to both Rodriguez and Dash. “So it all started when I robbed the bakery. I was needing the money since I had just moved here. I had no job, and hardly any cash on me at all, only $10 in my pocket.” Rodriguez admits that she “ended up walking into the bakery.. behind the counter was Scotty Dash.. I held out a knife and ordered her to give me the money in her register.” Rodriguez was later arrested after Dash reported her to the police. Dash alleges “I was working when she robbed the place and called the cops. Well maybe a week after that she tracked me down and kidnapped me. Beat the crap out of me, gave me this big gash”  and adds that “She had beat the shit out of me and just left me in this old motel. She locked me in that piece of shit. Eliza was the one who came to save me. It was like she was my guardian angel.” 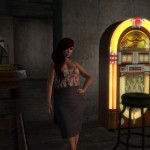 “She tried getting me out herself but couldn’t break down the door so she got the cops. After Nikki was arrested for my kidnapping and beating Eliza came and visited me at the hospital. She gave me her number, and we just stayed in touch ever since then. We’d hang out and stuff. She was literally like my sister.” Dash revealed.  Rodriguez herself admitted, “I served my time in jail, but when I got out I wanted revenge on Scotty. She’s the one who turned me in to the fucking cops, so I wanted to make her pay. I then kidnapped her.” but says she “.. I cut her cheek and punched her in the face, just to scare her. I didn’t really want to damage her too bad.”

She claims that ” I later found out that this woman, Eliza Matthews, had found her in the motel and took her to the hospital. That’s when Scotty filed a report for me, and before I knew it I was back in jail. By that time I was over it. I didn’t want anything else to do with Scotty. While I was in jail, Eliza, visited me and basically threatened me that she will get me when I got out.”  Rodriguez was later subjected to her own abduction ordeal and attack as she later was “dragged me to the abandoned beach house by the graveyard and the lake. I finally woke up, but I was completely naked. I had nothing on but my combat boots.” by ” the woman who visited me in jail,Eliza Matthews.” Matthews apparently broke Rodriguez’s arm by pushing her in a ditch, using a needle to sedate the woman and take her to the beach house where: “she kicked me in the head.. She was telling me to leave Scotty Dash alone.. That’s when she walked up from behind me and stabbed me right in my back. I passed out after that, with the pain and the loss of blood. When I woke up I called my friend Gene Frimon. She came and called the ambulance out for me. Once I got here they took care of me and patched me up.”

The story continued with Dash allegedly visiting Rodriguez in hospital and warning her to stay away from Matthews in an escalating war between the women.

” Eliza showed up outta nowhere and taunted me outside calling me a pussy ass bitch and many other thing..she was trying to stab me with the knife.. I somehow got it out of her  hands before she could stab me again, and I fucking stabbed her in the heart. Defending my fucking self..if someone tried to kill you.wouldn’t you fucking defend yourself like I did?” Rodriguez claims.

Dash verifies that Matthews had turned up to defend her friend and had instigated the attack, “I was so disappointed in Liz when I found out what she’d done to Nikki. I mean I knew she wanted revenge, but I thought she was just feeling the same way I did. Pissed off. I never thought she’d really act on her feelings.. but she did. And for that, she got herself killed.” Dash also added that, “Liz did seem to have some sort of violent background. Every now and then I’d be a bit frightened by her.. as for her wanting pay back so much.. I don’t know why she cared as much as she did. I guess I never questioned it at the time because it felt nice for at least someone to care about me when I have no family here.”  She believes that Matthews was just trying to protect her, ” I just want people to know that, although Liz did try and murder Nikki, all of her intentions were good.. she was a good person.”

The accused, Rodriguez is claiming self defense, and stated that “ it shouldn’t have gone that far. I did my time in jail, Eliza just prolonged it until it ended with her demise.” It remains to be seen what will happen to her. Dash, who is still working for Berthier Street Bakery is sad that this has resulted in the loss of a friend but believes her friend died protecting her.

((Correction: The originally posted “Gigi Frimon” is meant to be “Gene Frimon” IC))