A woman was discovered hanging from an overpass in Central Hathian yesterday. An anonymous employee of the Titty Twister who noticed the 20-something woman hanging in a crucifix-like position immediately dialed 9-1-1. 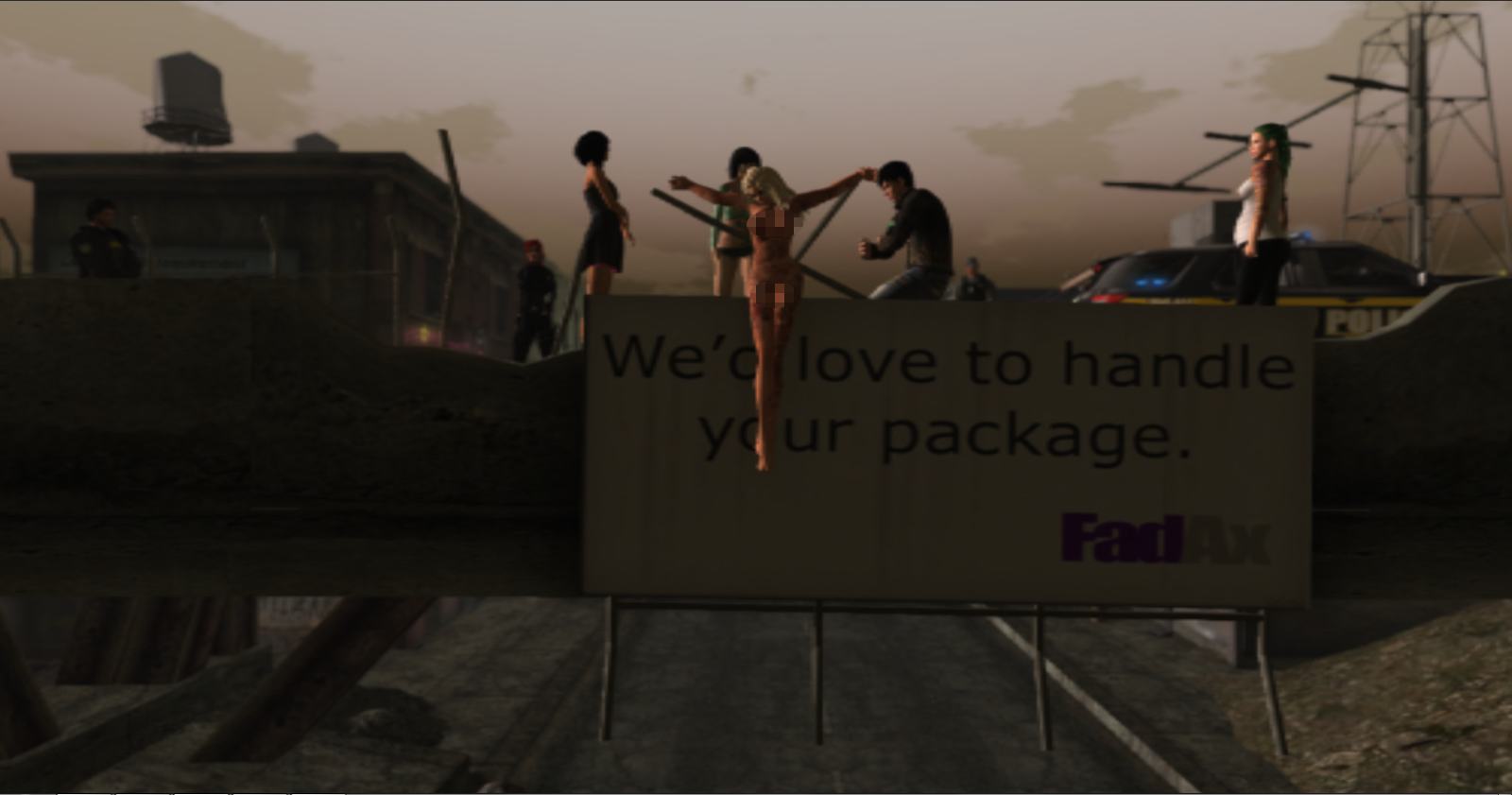 This violent activity follows a surge of violent crimes in Hathian over the past few months. Eyewitness photographers at the scene observed several individuals with green bandanas tied around their arms and legs assisting in removing the young woman from the overpass and helping her to safety. 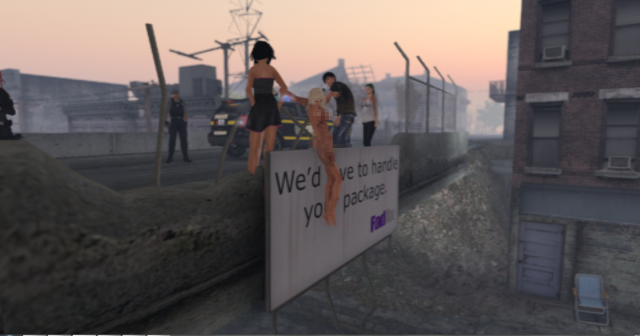 She had been stripped completely naked before being bound to two metal poles sticking up from the damaged guardrail and it appeared as if she’d sustained abuse prior to being left in an unconscious state hanging 30 feet above the red light district. Attempts to contact the Hathian Police Department about the incident have gone unanswered.