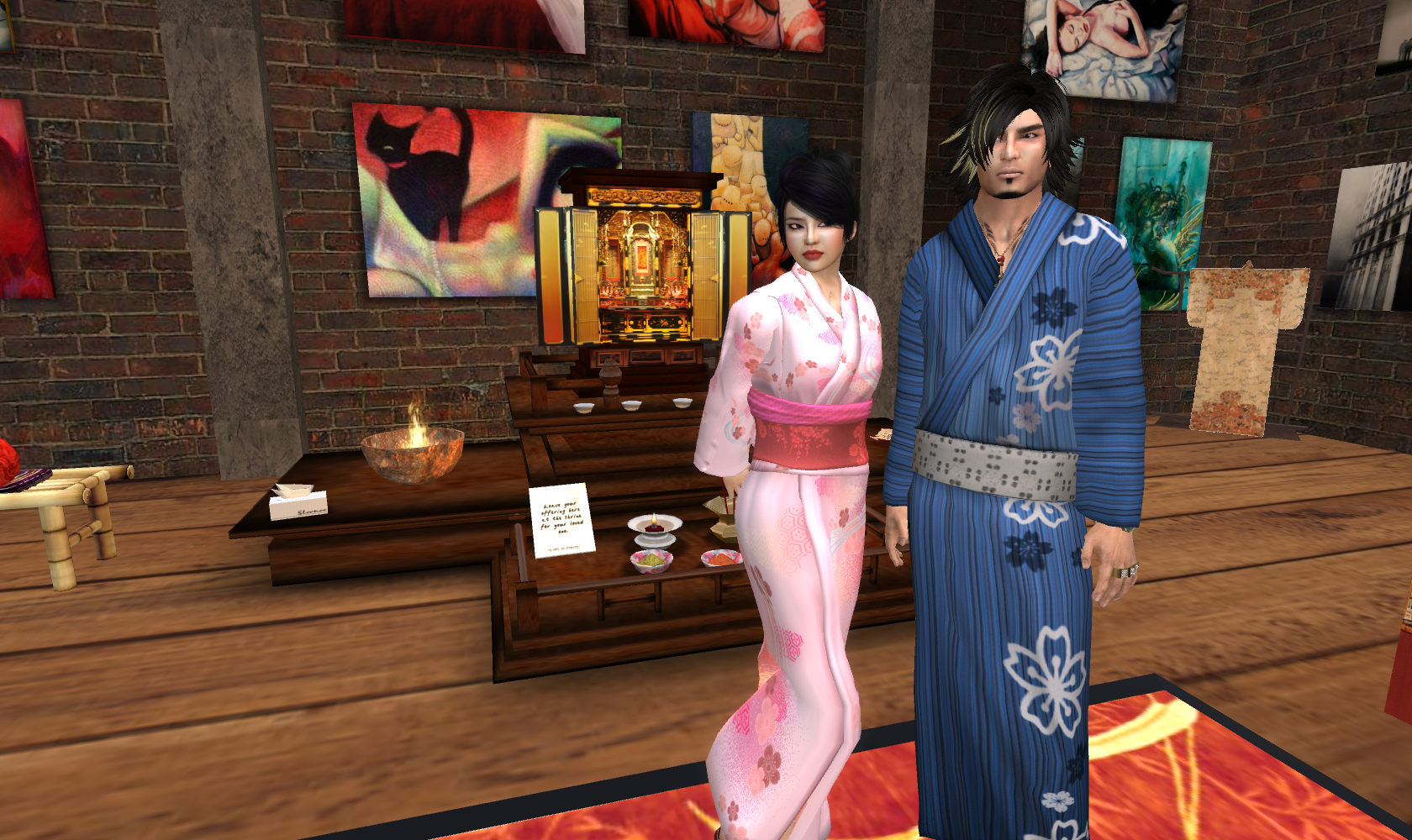 Set to the beat of rolling thunder and illuminated by the flashes of lightning, the Obon Festival was not to be deterred. The small Shen Gallery of Fine Art played host today to the touching ceremony performed by Hathian’s own Asian community. Inara Shen, the Gallery’s proprietor, started off the festivities by leading what she called a Bon Dance.

“The Bon Dance is said to have originated from a man dancing for joy after his prayers and offerings helped save his mother’s soul from.. kind of a purgatory.”  Shen was quoted as saying, explaining the dance and its origin to those in attendance that were unaware of its significance.

Though normally a celebration, the Obon Festival held a somber tone for those who follow its tradition and live in Hathian. Last night, the festival began at the cemetery. During the Obon Festival, traditionally, families visit the graves of their ancestors and clean them. They then welcome the souls of their ancestors to the family homes with a guiding fire or lantern. Since the Asians in Hathian don’t have actual ancestral graves anywhere they can get to, it was a more symbolic thing. After prayers at the cemetery, they walked to the gallery each with a lit lantern in a parade of souls.

After everyone had their chance to write something in the prayer book at the shrine to send their lost loved ones off to be at peace, Dr. Takahiro Ugimachi lead a brave troop out into the high winds and light drizzle that marked the beginning of Hurricane Isaac. Each attendant carried with them their own lantern, to be lit for their loved one and set adrift to send their souls back home.

As the rain picked up, Ugimachi’s prayers seemed to hold an eerie quality in the mournful wail of the rising winds. His words ended with a clap of his hands, a gust of wind blew out every lantern at once, extinguishing the supernatural beauty of the scene all at once. The sudden darkness in the growing torrent of the storm was as if the spirits had said farewell to their living loved ones and returned to their own realm until their next reunion.

Who Leads the HPD?

The Legacy Of Isaac