District Eight park is known for it’s relaxation and greenery.  For it’s past of violence, death, and depression as well.  Such congregation of energies has been considered a prime brew for paranormal activity.  But is it at all true?  Can a past of death, gang violence, suicide, and angery overcome the inherent natural relaxation and beauty of a place?  Can dark energys pound down the natural serenity brought by a natural environment, even if that environment is manmade?  That was the question Columtreal University Paranormal Society posed for this investigation.

For years, Hathianites have gathered at the District Eight Park for romantic picnics, city events, and other various things.  However, behind all of that the park has seen it’s share of pain and horror.  From living burials to suicides, District Eight park, according to experts, should be rife for paranormal activity.  So went the theory as CUPS gathered to investigate and find proof of these claims.  Proof, however, did not come as expected.

Come nightfall, CUPS members and guest gathered alogn base camp, the stage area across from the park.  Teams were  created and people went off.  Personal experiences filled the night.  One team experienced physical sensations in the form of scratches along forearms.  During review, it appeared that these physically violent manifestations occured during conversations about activity regarding the notorious gang the Rejects, noted for burying people alive in the park.  Another team often saw shadows and hear phantom footsteps in the grass.  And one team, as previously reported in two other articles, experiences a possible possession in the overpass area where several suicides have occured.

Caught between truth and rumor, CUPS fought these personal experiences with vigilence to keep clear heads and analytical minds.  Without those things, seeming horror movie activities could cloud judgement during the review phase of the investigation.  Personal experiences are good during an investigation, but without solid evidence, they account as nothing more than the possible intrusion of fears, expecations, and anxiety on an investigator’s mind.  After all, we conduct these investigations in the dead of night without lights.  So it’s with these physical forms of evidence that we bank our hopes at answering questions. The first evidence found in the CUPS District 8 was found by an investigation party of two.  Myself and Sarah, CUPS member, were conducting an EVP session along the northeastern edge of the park, well within the buffering leaves and branches of trees to cut back on possible noice from the street.  This is what we found:

Lance: Is there anyone here with us?

Lance: Did you just see a shadow?

That sound on the EVP lasted for 23 seconds approximatly.  It was soft, but neither of us heard it at the time.  As well, the video running at the time, a full spectum video camera, did not pick up any growling sound or shift in light specrums the camera picks up that the naked eye cannot see.  The incident is interested because at the time, I thought I saw a shadow poking a head from behind a nearby tree.  Sarah, however, had not seen it.

The second piece of evidence was video, our first moving video evidence.  It is an extremely interesting find that we, the CUPS team, have uploaded onto YouTube.  If you are accessing this article off the Observer’s website, copy the link into your address bar to access the video. http://www.youtube.com/watch?v=zmaDLxqaT-g&feature=youtu.be

This video was taken by investigator Carson Capelo during the final hours of the investigation.  She walked down toward the overpass and, once through, she saw a flash of shadow with her naked eyes.  She tried to define where sthe shadow came from, but was unable to.  Upon evidence review, I saw the shadow on the video.  It’s a brief flash at the sixteen second mark, but if you look close on the left side of the screen, you will see it.  It’s a humanoid figure, seeming to be hanging mid-air.  The overpass is the area where one citizen hung himself over half a year ago.  You can view the article here: http://news.thecrackden.com/2011/12/09/man-killed-in-the-park/. 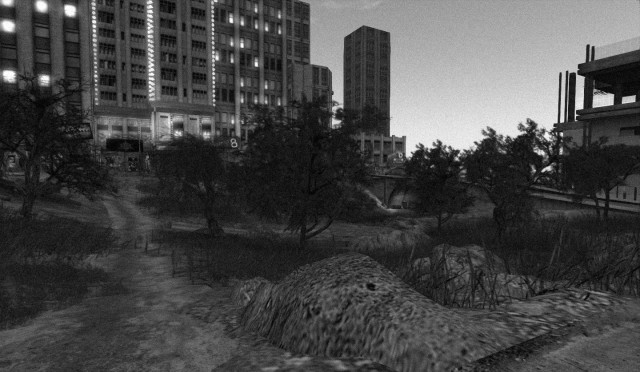 What does this mean to the original question posed in this article? Can violent and dark energies create a vaccuum of spiritual energy, causing a concentration in a small area even one of nature?  it is possible.  However, it is the opinion of this writer that the District 8 park, if haunted, is not filled with malicious beings.  I have no explanation for the personal experiences of the physical attacks on one CUPS member and one Guest investigator.  No evidence was gathered regarding that, so no explanation or guess can be given.  What can be said, though, is this.  If you are worried about the Distrect 8 park, you have no reason to.  No more reason than any other place in Hathian.  The park, in the light of day, is a beautiful place to behold.  At night, it should be avoided simply because of the danger that creeps around every corner of our fair town.  Be safe, Hathianites.

The Piercing Wit of Youth