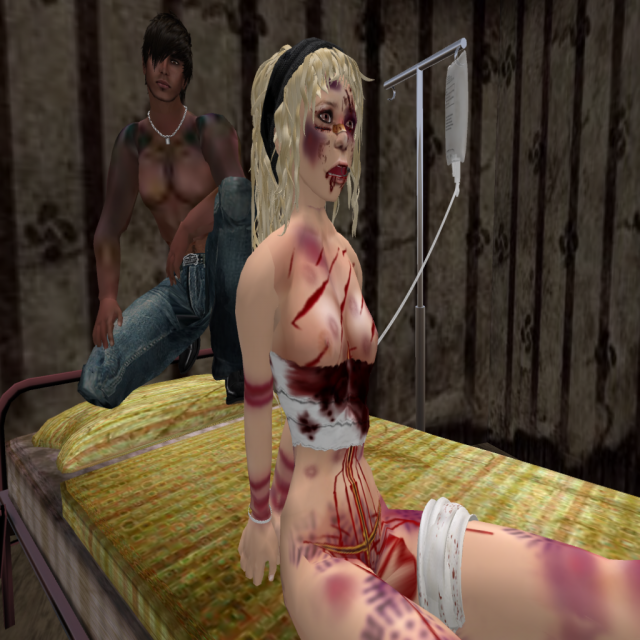 Shocking new developments between the Hathian Police Department, Chief Hendrich Andel, and criminal nemesis only known as Zero. A homemade tape has been given to the Observer, a copy it seems, with the original given to the the force itself. A brief warning, the following details and video still can be considered too graphic for some readers. Discretion is advised.

The victim is a blonde woman, identified only as Officer Moonshadow, who was a bit too bloodied and bruised to describe with other distinguishing features. She’s been used and has been left to lie in her own filth by a glance that didn’t want to stomach the sight. In the beginning, the woman is evidently bound and gagged, an unknown man behind the camera yelling at her to “talk to your pig friends, brtch… tell them what pigs are raised for.” Another man, a dark figure known as Zero, comes into view then, his face clear as he tells the girl to beg for the camera. And she does, pleading for help as she’s being held captive and wants to go home.

The man known only as Zero then starts stroking the woman while he addresses the camera, her body already used. “One pioneer, two, what are you going to do?” is his message; one could assume for HPD Chief Hendrich Andel his audience. All he says after is to “seek out the letters”, but what letters he is referring to remains unclear. Rumor flies of a multiple body dump around the City of Hathian during the last few days, but details are still trickling in at this time in this ongoing investigation.

Hit and Run of HPD Officer