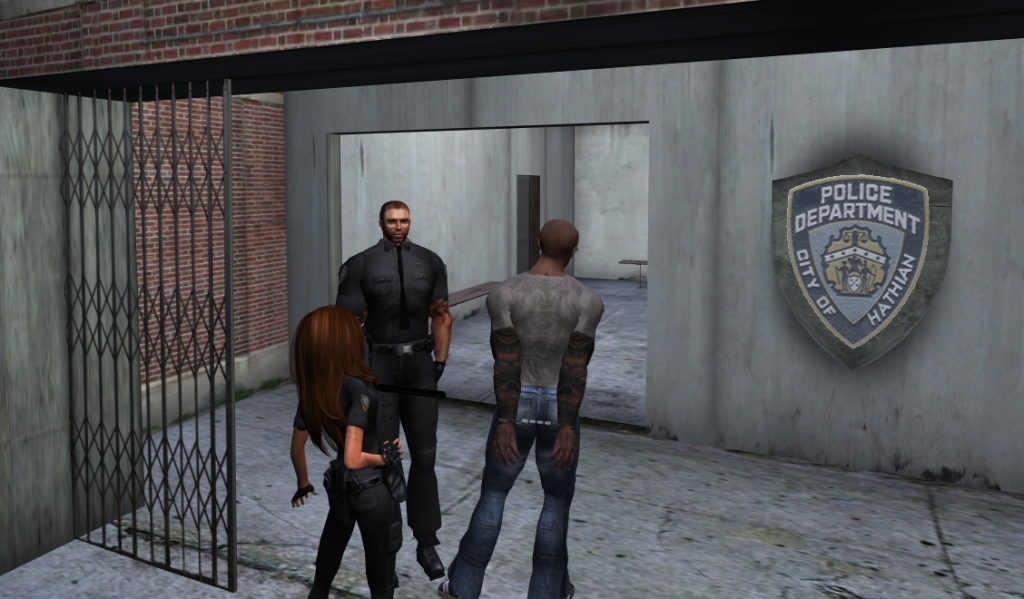 Chaos ensued outside Hathian’s central police station, after a man said to be reporting a crime launched a tirade of abuse at two officers, resulting in a chaotic few minutes as he was brought under control. The man, thought to be local cab firm owner Kane Daffyd, 30 seemed initially to be asking the advice of Hathian officers on points of law. What happened next is not clear; however the man then launched an attempted assault on the two officers that was repelled with baton strikes and apparent challenge with a Taser gun – a so-called ‘red dotting’. He was then cuffed and led away into the station to be booked in. This has to be the shortest prisoner conveyance in Hathian history – a mere distance of 10 yards to the custody desk.

Our reporters arrived on scene too late to capture the whole incident, but were able to capture the scene as the man was led inside, escorted by the two officers. He is being held at Hathian central police station, and is reportedly being charged with public order offences. A spokesman for Hathian Police was unavailable for comment.