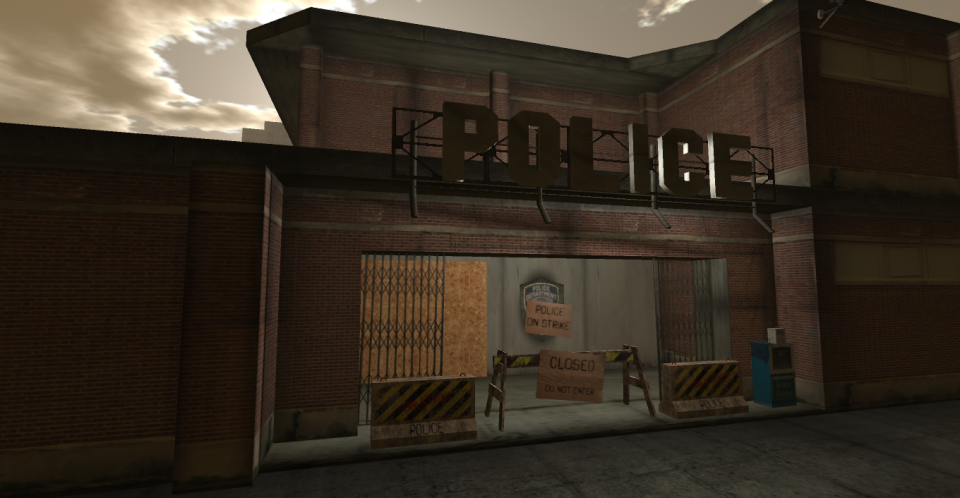 The Labor Dispute between the Hathian Police Department and the City, well into its fourth day, took a strange twist today when Officers boarded up the front of the building in a apparent wildcat action.  Officers were seen placing barricades up outside and taping up cardboard signs that read “closed do not enter” and “police on strike.”  While the parking lot was mostly empty of police or personal cars, the ones that remained and most patrolling our streets had cardboard signs taped over the HPD logo that read “on strike.”
As the days of the strike wear on, acts of violence have skyrocketed with no officers parting the streets, its left up to someone to call 911 before anyone will even thinking of doing something about it, and even then its slow going.
Many citizens are growing concerned as the strike drags on.  We spoke to Sofia Keolanui: “I see this strike as a very negative thing because I believe it will give the worst elements in the police force even more of a reason to practice the horrific brutality then I and others have dealt with.” 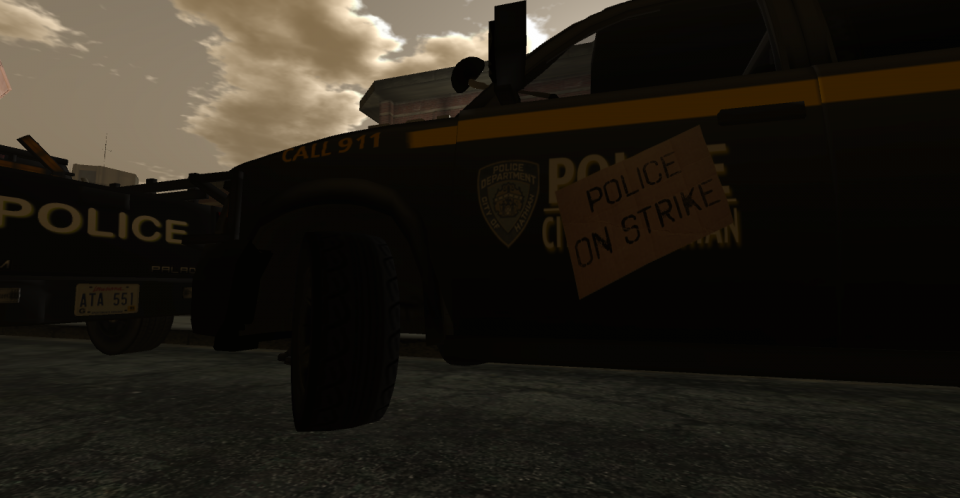 I spoke to the union leader and he had this to say:  “The Police in this city are on strike because of repeated cuts to their budget by the City Council and the Mayor’s office.” He would go on to add that, “Officers have repeatedly had their pay cut over the past two years.  The City of Hathian has the highest number of violent crimes in the United States; the rate at which officers are killed in the line of duty is twice that of the rest of the state combined and the officer injury rate per capita is the highest in the nation.  They are going to work every day facing these conditions and are the lowest paid police officers in this great state.”  And if all that wasn’t enough, the Observer has learned that the Investigation Division faced budget cuts in March and transferred all its staff, including all of its detectives, back to road duty’s.  A source from inside the Police Department who did not wish us to use his name has informed us that all those cases that would be handled by Detectives are just sitting on a desk somewhere inside of the building collecting dust. 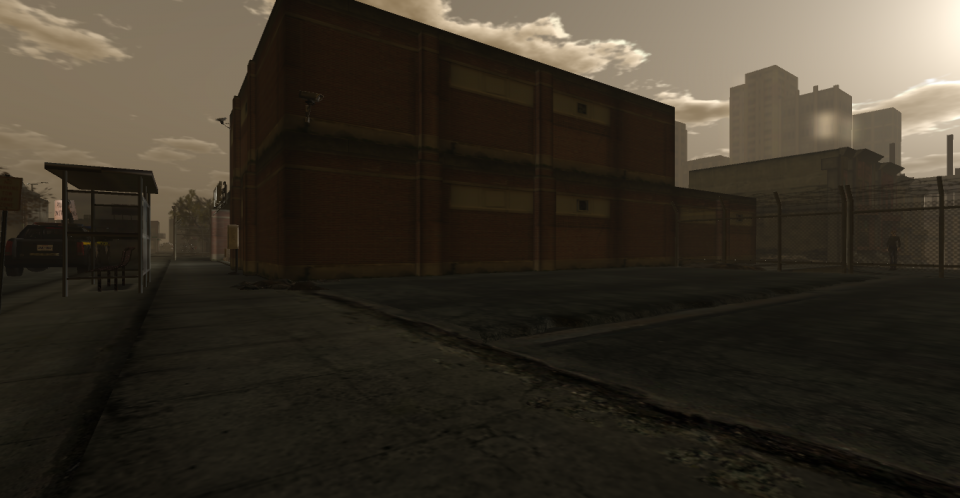 In the days this strike drags on, citizens on the street are only becoming more concerned. We spoke to Coyotie Kharg who had this to say:  “Anyone who wears the badge shouldn’t be doing it to be superior over the citizens, to demand their respect.  If they don’t want to serve the people and save lives, then just take their badges away.  They don’t deserve them anyways.”  However, officers that are on the front lines protecting citizens every day say that that is exactly what this strike is about.  “We can’t properly prosecute a criminal because we cannot execute a full and detailed investigation because our detectives can no longer act in that capacity…we just keep cycling hardened criminals through our system and sending them on their way…” says Officer Jaskon Polik.

The City and the Command at the Hathian Police Department have not spoken publicly about the strike that started 4 days ago, and didn’t return our calls today, however with the station boarded up and no officers patrolling out streets, one thing is for sure: there will be no safety for the citizens of this city until this is resolved.

UPDATE: the Observer has been informed that the barricade has been removed.