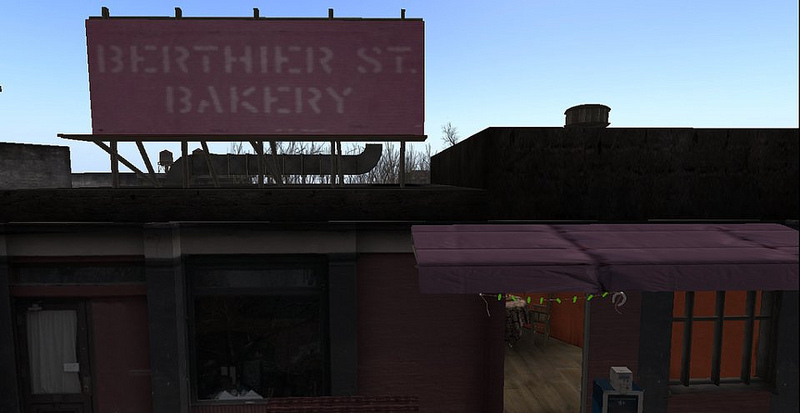 There was a bloodbath in front of the Berthier Street Bakery on March 26th, 2012 when Ellis Millet, a known criminal, attacked Kaida Ireto. Millet is no stranger in the face of violence, but this particular fight was unusual. He attacked the victim with a stake declaring that he had to ‘get’ the vampire. That’s right, I said vampire. Millet seemed to believe that Ireto was a creature of the night and he had to attack her. Millet was reported to have stabbed her four times with the stake in the chest and in the side narrowly missing vital organs. When taken to the hospital, she was in critical condition, resulting in surgery. Ireto is currently in stable in condition and going to make a full recovery.

This sort of attack brings us back to when Rebecca Summers, often referred to as “Buffy the Vampire Slayer”. She had allegedly attacked people that she thought were vampires. She was eventually sent away to an asylum. No word on whether Millet has been in contact with Rebecca or if he’s just another mental case with a stake and a few screws loose.

Ellis, who was also brought to the Hathian General’s ER by FDH EMTs, suffered from several knife wounds from Kaida; but his condition paled in comparison to the victim of his grisly actions. When interviewed by the cops, he claimed that he was attacked by a blond man with blue eyes. No one by that description was reported to be around the scene, nor does evidence support such a claim. Was Ellis showing other signs of dementia o just flat out lying?

On the morning of March 27th, Millet discharged himself AMA from the hospital. There was a warrant out for his arrest after a suitable amount of evidence was brought up against him. He was finally arrested on March 31st at 11:35 PM with the charge of Assault with a Deadly Weapon. Although it certainly is great news that this dangerous criminal was caught, it is quite disturbing to know that he will soon be out on the streets again. It is especially irksome considering what kind of attack it was. He not only held the strange belief that she was a vampire, but he had hurt an innocent citizen because of those views. The woman is very lucky that he missed critical organs.

However, it does mean that evidence might not have been sufficient enough to tack on an attempted murder charge, even though Ellis Millet is a very dangerous criminal and has killed before. Shouldn’t the mere fact that he had killed before hold enough ground to put him away for good?  The budget says no. It’s a well-known fact that the city is already busy with trying to pay for the damages to the HPD, let alone holding a criminal for very long.

This doesn’t bode well for the town of Hathian. When will it end? Where is the justice for the innocent people of Hathian? The citizens of Hathian deserve answers!

New Faces On The Force: Interview With Officers Gutter and Bearlow

Play Party, this Sunday at 6pm!