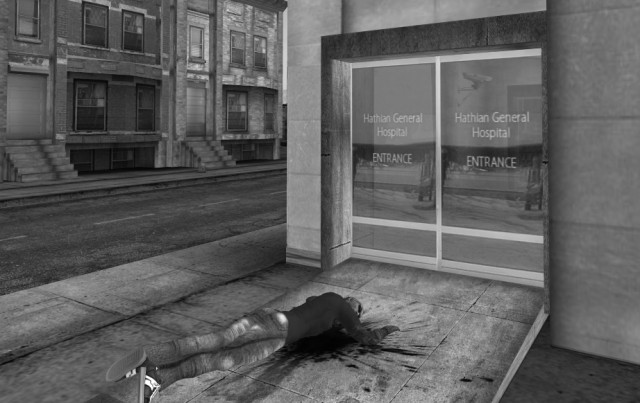 A local businessman recently outed as a potential criminal is currently fighting for life after he was found viciously stabbed outside Hathian General Hospital. A 911 call was received at 8:05 am this morning, reportedly from Mr Daffyd stating that he had been stabbed, before the line went dead.

He was found in a pool of blood outside the hospital by Fire Department of Hathian personnel, apparently having managed to walk to within feet of the main doors after the attack somewhere in the city. He remains in a critical condition, with unconfirmed sources saying his chances of survival are slim at present due to blood loss and severe organ damage. Doctors at Hathian General were today unavailable for comment.

Mr Daffyd was recently arrested after an assault at his business premises, and spend 3 days behind bars.

Hathian Police are appealing for witnesses to the attack, and anyone with information is asked to call the police or attend the precinct with their account.

Mardi Gras from a citizen’s perspective: “It was surreal”

FDH vs HPD: The Results