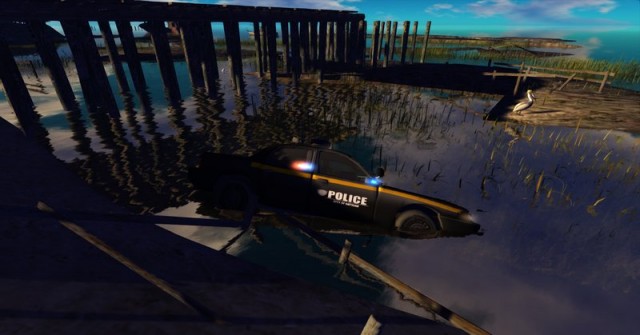 Flashing breasts and riot-geared police aren’t the only terrors of Bourbon Street as of late (more on this in today’s afternoon edition). According to witnesses, two citizens started the celebration early on in the weekend, with a drunken theft of one Hathian Police Department cruiser. Weaving in and out of Hathian’s various roads, the pair, one male and one female, were heard shouting at anyone on the street with a loud speaker, hitting light poles, mail boxes, anything they could. The adventure was short lived, thus no HPD response (aka no exciting car chase) commenced, as the pair drove the police cruiser off of the pier and into the bayou on the north edge of town. Retrieval is said to have taken hours, costing taxpayers no doubt.

How the Grinch Stole Mardi Gras…