February 10, 2012:   A typical day in Hathian.   Violent crime continued to rise, and came to a head that night when a 911 call came in reporting that 3 shots had been fired near the cemetery.  Police rushed to the scene to find Doctor Paul Carr of the HGH and the president of the First Bank of Hathian laying there with two gunshot wounds.  While the one was superficial, the other shot was reportedly what experts refer to as “center mass”, the bullet having passed through his chest.  The doctor was rushed to the hospital by paramedics, where he underwent surgery and fell into a coma.  At the time of this writing, Doctor Carr is relying on the life support machines to keep him alive.  Police currently have no leads on the shooter, and there’s a chance they might not until Doctor Carr wakes up.   If he wakes up. 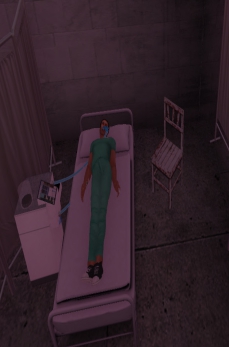 FDH vs HPD: The Battle of the Badges