What started out as another quiet cold fall night in Hathian turned out to be a loud and eventful evening for the citizens. The event? A live hanging over near the butcher shop. Nope, it wasn’t the friendly neighborhood butchers hanging the meat out to cure and turn into your beef jerky. It was what it looked like a ruthless hazing and touture event held by one of Hathian’s grungiest gangs, L9R. Speculation have been made by the reporter as the pictures showed markings of the words “reject” and “L9R” and something called “Carnales” that was X’d out, scrawled over the girl. The victim? Columtreal University’s very own MAD sorority officer,  Aizzel Beck. She has been tied to other crimes reported in the past, but what would a group of ruthless gang member’s want with a sorority girl? Was it just timing? Was it a case of mistaken identity and payback? What are these Caraneles that was mentioned on her?  One could only question. But it seems they sent a message back into the citizens of Hathian; beware, the boogiemen are back.

*Reporters Note*
Pictures are not for the faint of heart 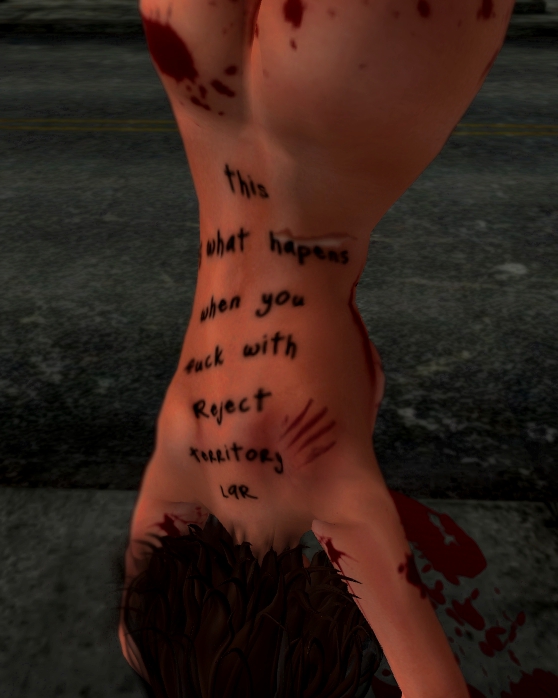