Horror filled the eyes of onlookers on October 16th as the Hathian Children’s Home, located on the Hathian Highway just beside the youth centre, was set ablaze in the late afternoon.

Shortly after 2:00pm on the Sunday, a call came in from Katelynn Ashland, owner and founder of the HCH, and she frantically explained that the home was on fire.

Rog Messmer, Chief of the Fire Department of Hathian, was the first, and strangely, only fire fighter to arrive on scene, all thanks to the incident earlier this week where half the department was jailed. By the time he hooked up the water and 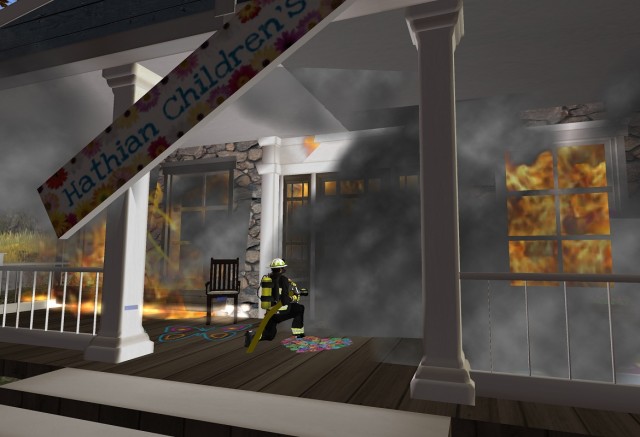 started fighting the inferno, the blaze was already out of control. It was such a large fire that he didn’t even have time to check the second floor to make sure everyone got out safely before the building started to collapse on top of him, nearly trapping him inside.

“By the time I got to the second floor to attempt a search.. Well, I realized that it was impossible,” says Chief Messmer, pictured to the right moments before he disappeared behind the flames and smoke. “There was nothing left that I could possibly do. All I could do was call the retreat, and hope anyone trying to help got out safe.”

Unfortunately, the building was a total loss, and nothing could be salvaged from the rubble, but even with that said, all the children that lived or visited the home were accounted for, reportedly being on a field trip to the museum that afternoon.

One of the witnesses to the fire also stated that there had been reports of vandalism on the building, vulgar and offensive graffiti spray painted on the windows and walls of the home, though it is not known if the person that vandalized the building is the cause of the fire.

“The point of ignition was on the front porch, right in front of the door,” reports Chief Rog Messmer, the responding fire fighter on the scene that afternoon. “But other than that, it’s hard to tell what actually started the blaze, though it’s very suspicious in nature.”

There is also the possibility that the graffiti that appeared on the building just days before the fire was put there by the same person, but this remains unconfirmed.

Katelynn Ashland has also stated that she would not be rebuilding the facility anytime in the near future because of a lack of funding and staffing problems.

Unfortunately, no leads outside the ignition point have been obtained, and the arsonist still remains at large. 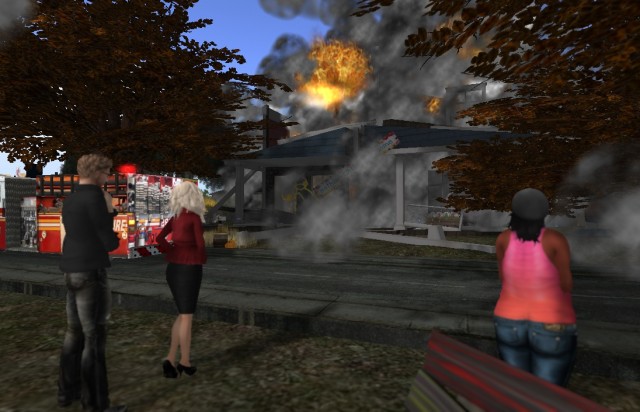 Come and Taste What Slim’s Has to Offer This Fall!