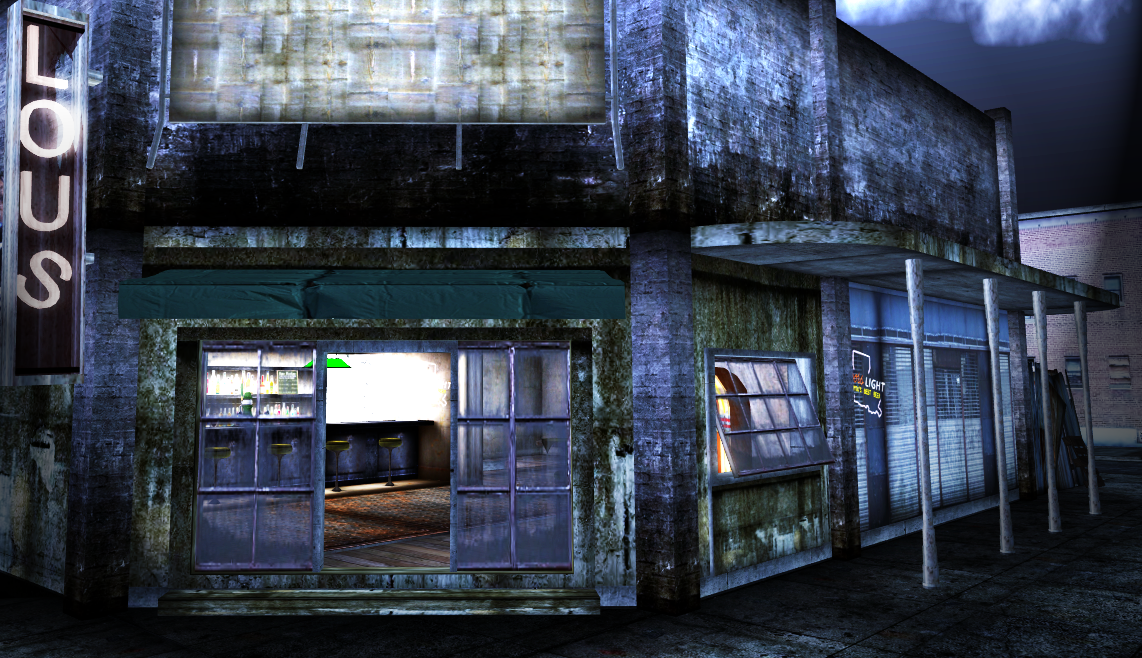 Authorities were tipped off late Thursday to a potential disturbance at Lou’s Bar, a local dive where crowds had gathered en masse to watch an apparent ‘fight night’ supposedly orchestrated by members of an infamous local gang, Lower Ninth Rejects (or L9R’s), who had allegedly kidnapped several high ranking members of the Hathian Police Department in order to force them to participate in the blood sport.

The HPD and the L9R’s have a years long history of violence between each other; it was just a few weeks ago in fact when they last crossed swords. One of the police cruisers was stolen, vandalized, and set on fire by members of the notoriously wild gang – making this new act of aggression just another stepping stone in an escalating hostility between the two.

Officers Marcus Tinamou and Connor Murray responded to the scene were they were confronted with total bedlam when dozens of bystanders poured out of the basement of the local establishment, including a large number of L9R gang members who reportedly escaped out the back door during the chaos.

At least two people from the crowd were subdued and arrested, although their identities and the charges against them remain unknown. Several people present at the bar had to be treated on scene for exposure to tear gas which had been used to dispel the crowd.

One the smoke had cleared, Chief of Police Nadir Taov, HPD Captain Hendrich Andel, and Lieutenant Tori Best were all discovered in the underground basement of the bar, wounded and reportedly unconscious. The officers were then transported to Hathian General Hospital in varying states of distress. It appears that all three officers were severely beaten, although medical personnel remain guarded about the exact nature of their injuries.

While it is unclear how or why the officers ended up at the bar, evidence suggests that Taov, Andel, and Best were taken Thursday evening before being transported to Lou’s, where members of L9R and crowds of onlookers began to gather, forcing the officers to fight, and taking bets on who would win.

Chief Taov reportedly badly lost in a fight against known L9R member and Rader Records Manager Esperanza Hernandoz, while Captain Andel was said to have been humiliated by L9R leader, Piper Rewell. Lieutenant Best was at the losing end of a fight with Parnell Urqhart, former leader of the gang and suspected current member, when the chaos was brought to an end by the presence of Officers Tinamou and Murray.

“It was total chaos and very violent,” said one bystander who wished to remain anonymous. “The cops were stumbling around drugged or something, they didn’t stand a chance.”