The last day of Pride Fest was marked by a parade where not only gay and lesbians participated, but heterosexuals, simply to show their acceptance of all sexuality.

At 2:00PM people started gathering at the clock tower at the Columtreal University common area. Not only were supporters there, but religious activists, who were quoted as saying various things such as, “Repent and you will all be forgiven. Open your heart to Him and He will wash you away of your sinful thoughts and save you!” before breaking out into ‘This Little Light of Mine’.

This was mostly ignored by the pro-homo group, except for a few individuals that felt the need to voice, or rather, show their opinions.

During a slight shouting match that erupted, a homosexual dressed in nothing but red leather chaps, a boa, and matching cowboy hat, started dancing in front of the two women, who were believed to be a part of the God For Life group. Another woman, dressed all in rainbow, came up to the group and 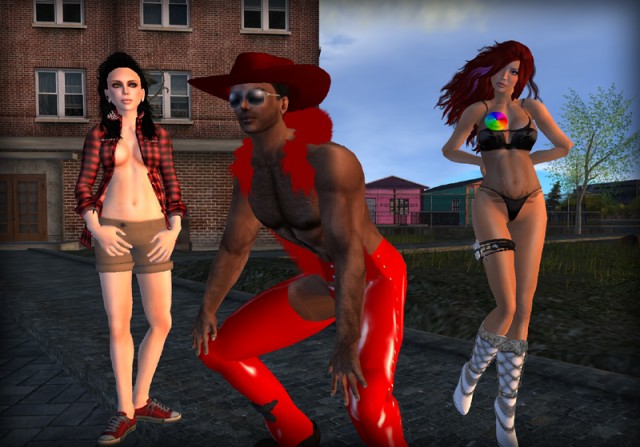 started going along with the antics, which ulimately ended up in the man being willingly sodomized by a glowstick, after which he proceeded to join in the singing of ‘This Little Light Of Mine’, while showing the crowd his own ‘little light’.

Soon enough, a whistle blew, and a 3:00PM sharp, the group started a parade, the first stop of which was Val’s Irish Pub on the Columtreal University campus. It was decorated, like much of the businesses in Hathian, to welcome GLOW members of the community. Valmont Marseille, owner of the establisment, even offered free Guinness for everyone. 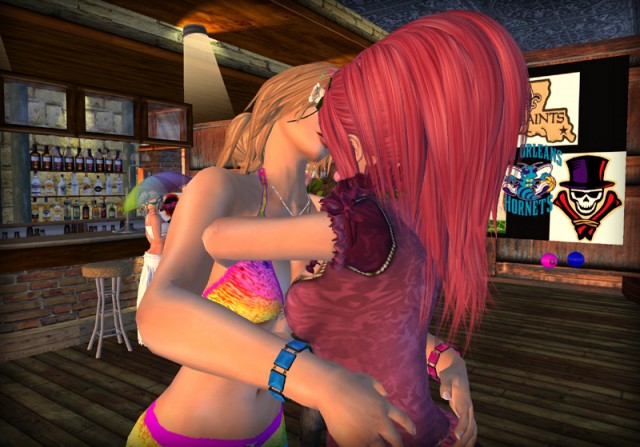 With acceptance like this, the homosexual community must feel greatly welcomed, even with people against them at seemingly every step of the way.

Everyone seemed to be in good spirits at the pub. Dancing, drinking, laughing, all under the watchful eye of the Hathian Police Department.

The parade was then lead into Hathian, some of the crowd heard shouting, “We’re here! We’re queer! Get used to it!” The parade went down Hathian Highway, stopping first at the Hathian Picture House and then at Lou’s Bar, before finally making its way to the final party at the Titty Twister.

The club was decorated much like every other business, welcoming the GLOW community, and the party had various strippers, and even a cross dresser, with a sizable turn out of citizens to enjoy the festivities.

The City Council that planned the event has stated they’re overly pleased with how things turned out, and are looking to hold another Pride Fest, possibly sometime in the future if the city has it in their budget.