August the 13th came to a halting end last night when an unidentified body washed up on the shores of the bayou in Hathian. As an eye witness, I can recount to you and show pictures of the unfortunate person. May they rest in God’s Heaven in one piece.

The corpse in question appeared to have it’s eyes sewn such, and the person was so mutilated that the gender at this time is unknown. The injuries I pictured (below) and the ones I saw are incredibly extensive and there will be no more known about the victim or the exact cause of death until the coroners report is made known. If at all. 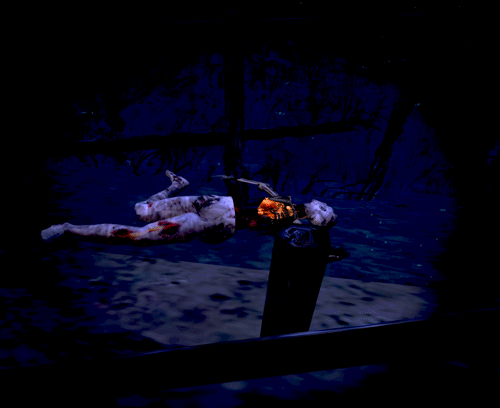 Could this new killer be a copy cat of the recently hung mass murderer Harley Riler? Should the citizens of Hathian continue to lock their doors and bar their windows? Is it a time for faith to help the city pick up the pieces?