Something we have seen in recent years is a perception that police in general are too military or para-military. I have news for you: We’ve always been para-military. That is why ranks in most police departments include “Sergeant”,  “Lieutenant”, and “Captain”.  State Police Forces and Highway Patrols have additional titles: Officers are frequently called “Troopers” and work out of stations called “Posts” or “Barracks”.

Others point to the change in styles of police duty gear and uniforms.  Some point to officers wearing BDU style pants on duty – nothing wrong there. They’re more practical than more formal looking uniforms – we need the pockets to stuff things into and they work better when carrying out a manhunt in the woods or searching storm drains for lost kids. BDUs – more accurately cargo pants – are tailored so we can actually move easily. Old style uniforms are a bit more restricting in movement.

Then there is the matter of body armor. Currently, most officers wear it, of varying levels of protection. Some don”t like us wearing external soft vests, claiming they look to militant. We don’t chose external vests for the looks: we choose them for function; so we can be more easily identified, be cooler in hot weather, and have better protection against stabbing threats. We deal with a lot more varieties of weapons in the hands of criminals than firearms.

There are those who point to fabric based duty gear as opposed to old style leather. Well, it was also a case of practicality: they weigh less- leading to fewer lower back problems, and blood and all the associated Pathogens with blood wash out a lot easier from fabric.

Beyond the above there is the question of carrying out warrant service and raids wearing body armor and carrying heavy weapons; shotguns, rifles and heavy non-lethal weapons. Beyond what most wear on duty. The reason: because armored and heavily armed officers are less likely to be murdered than Detectives wearing suits and carrying small sidearms during such operations. Its all about officer survival. 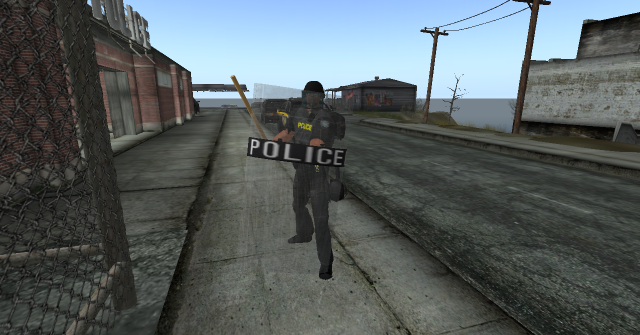 There are also objections to officers not assigned to tactical units carrying rifles it the trunks of their cars. Those were not carried twenty or thirty years ago. But things have changed in the mean time. We see more active shooters and gang members with heavier weapons. We carry them for our own safety and the safety of the citizenry. 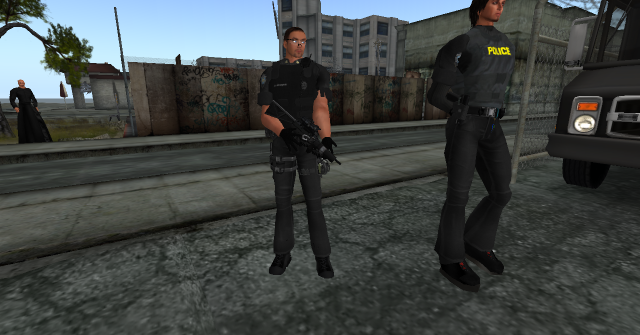