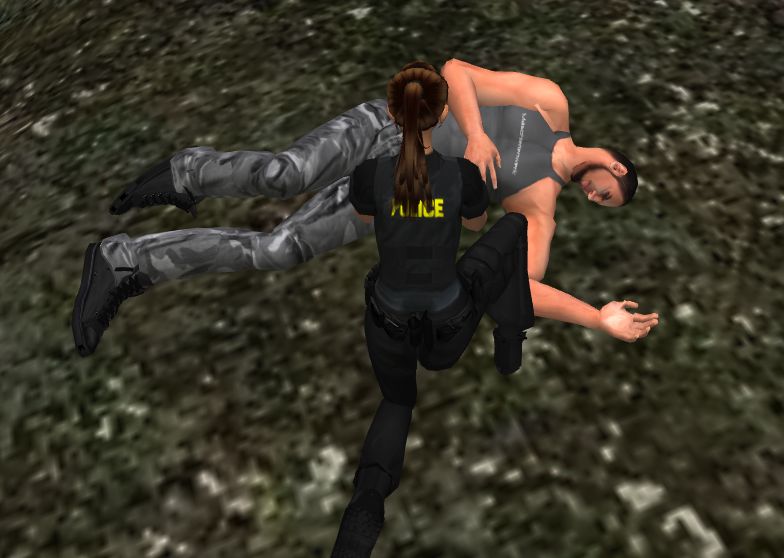 More than just alcohol poured from Lou’s Bar on Thursday afternoon, as the body of Sergei Ivanov was found in the alley behind the popular drinking venue. Hathian Police are requesting witnesses come forward to help bring murderers to justice.

Ivanov, often known as “Bo”, had lived in Hathian for a few years prior to his murder, mostly seen around with now defunct gang, Ace’s Crew, which was previously responsible for a large prostitute ring in town, and connected to multiple criminal attacks in his time. Early autopy reports reveal that he was suffering from Sacromatoid Renal Cell Carcinoma (cancer of the kidney) and wouldn’t have survived much longer. Per his Will & Testament filed earlier this week, his body will be cremated and his ashes are to be tossed into the sea. He is survived by two children, who now live outside Hathian town limits.

Officials have described the injuries sustained by the victim as “horrific, even for Hathian”. Ivanov was found badly beaten, lying face up with one knife sticking out of his chest and another in his left eye. While covered in blood, tests revealed three sources for this, and results are pending investigation. The victim was also strangely found with a rather quirkly smirk on his face, and a piece of ear inside his mouth.

While multiple bits of evidence were collected at the scene (including prints found on one knife and a cellphone, along with a witness identifying known L9R Piper Rewell as near the scene shortly before discovery of the body), Hathian Police Department released the following statement via Press Officer Andrea Mizser:

“A murder is a horrific event. We appeal to the public to come forward and give us information to help us catch the perpetrators before they strike again. Any information can be passed in confidence to investigating officers, Senior Officer Andrea Mizser or Detective Sora Senizen.”

Comments or concerns about this release can be directed to the HPD Press Officer, Hathian Police Station, Hathian, LA.

((Credit to both Andrea Mizser & Perina McGinnis for this joint article))