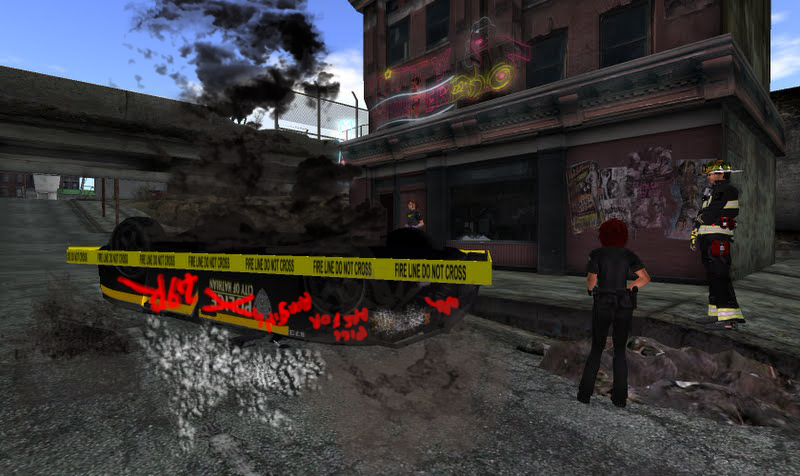 On Friday night, patrols of local strip club Titty Twister were interrupted from their drinking revelry when a loud explosion was heard outside. A Hathian Police Department squad car was found outside the bar, upside down, and up in flames. The HPD and the FDH both responded to the scene, and once the fire was extinguished, various spray painted slurs were visible including “Pigs are for Roasting” and “Suck my AGU”, along with a local gang’s call letters,” L9R”.

It seems the car was either pushed or driven off the overpass and some kind of accelerant caused the explosion.

One must wonder if this is a call for a war between the notoriously violent gang the L9Rs and the HPD. If this is the case, what is in store for Hathian? A town caught in the middle of a bloody battle, who will come out alive?