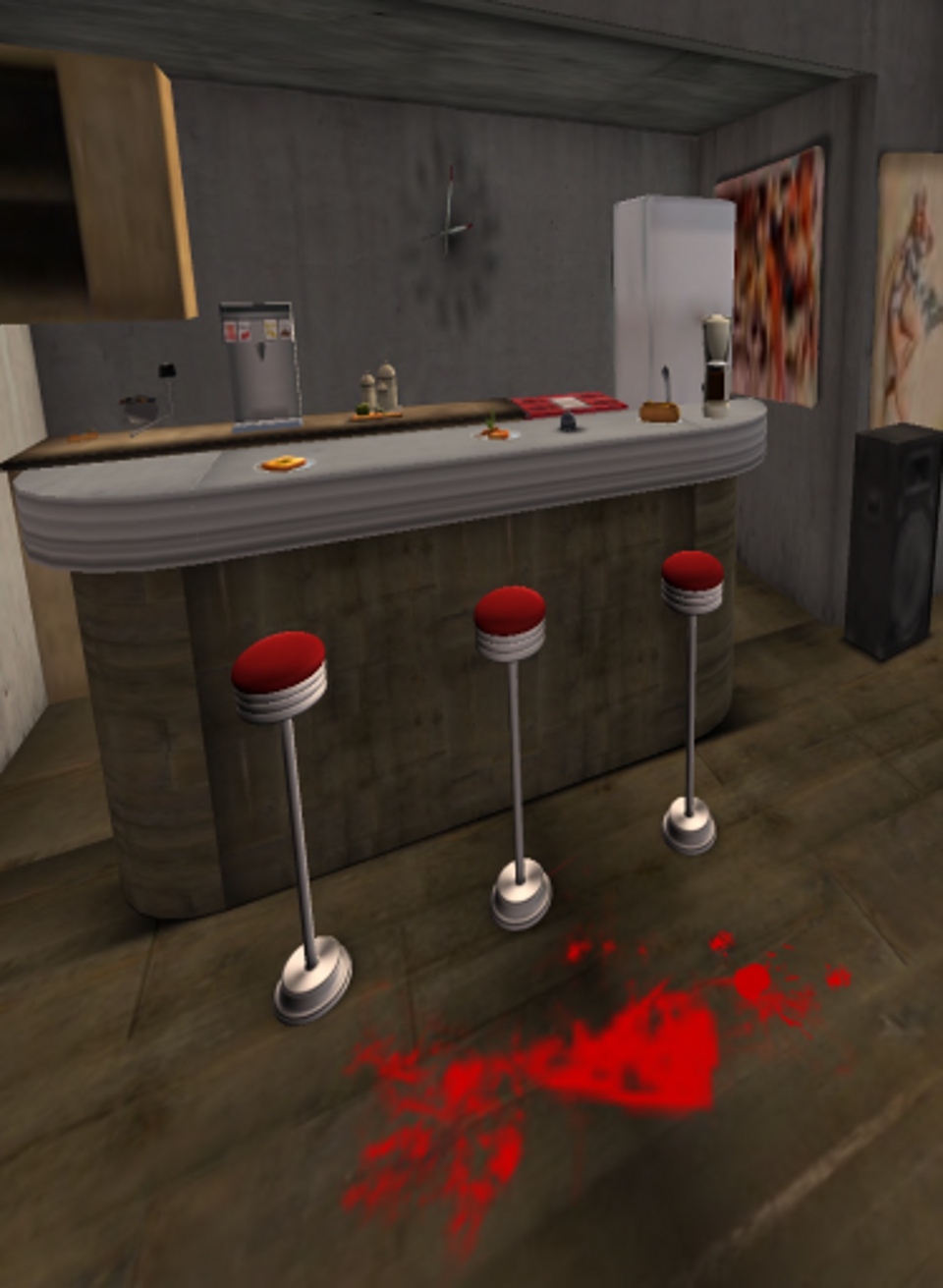 Wednesday July 12, 2011:   A relatively quiet day by Hathian standards.  The kind of day that makes one question why Hathian has such a bad reputation.  Taking a stroll around the city, you would think that maybe things were on an upturn.  That is, until you came to Slim Goodies Diner, where the peacefulness of the day was shattered by a brutal murder.  When the police arrived, they found blood splattered and pooled everywhere.  While to some that would be a brutal enough sight, if you walked into the diner and looked at the booths, sitting there you would find 19 Year Old Columtreal University Sophomore and SIK Vice President Lauren Lowtide.  No, she wasn’t a witness, she was the victim.  After undergoing a painful death, her body was placed in the booth, sitting up as if she was waiting for a meal.  On the table, the fingers of her right hand–which had been cut off while she was still alive–had been arranged to spell out the word “Hi”.  The smell of burnt flesh was in the air, and it was obvious that her face had been forced onto the grill by her attacker(s).  The most notable feature of Miss Lowtide was that her eye had been removed and replace with a white marble.  Although the coroner’s report remained private, an unnamed source says that she had suffered from at least one stab wound, and had apparently had hot oil from the deep fryer poured down her throat.

The Hathian Police Department is investigating the homicide, possibly looking into whether the MAD Sorority had any part in it.  The SIK and MAD Sororities have a long standing rivalry, with members of MAD recently burning down SIK’s house.

When we contacted Greenlee Morrisey, manager of Slim’s Diner, she was willing to speak with us.  In regards to the murder, she says, “I send them my deepest condolenscence and they are in my thoughts and prayers.  I hope the HPD catches the killer soon and brings some closure to them and the awful tragedy they are enduring.”  When informed about some of the details of the murder, she seemed like she might have known who committed this horrible act, but she refused to elaborate.  Rog Messmer, Chief of the Hathian Fire Department also agreed to be interviewed.  He stated that he couldn’t comment on an investigation that was being actively pursued by the HPD, but that three officers were on the scene when he arrived to pick up the body.  He says, “Well, strictly by the book any time a body is found regardless of the condition, an ambulance should be summoned immediately, and there was a delay with the call, you would have to talk to the HPD to find out why, but I don’t believe that that had any effect on the outcome.”  Sources confirm this.  He also stated, “it was not a good scene, she died hard.”  He also offered his condolences to her family and friends.

We tried to track down Miss Lowtide’s brother, a Dr. Paul Carr of the Hathian General Hospital, however he was unavailable for comment.  Dr. Carr is her only known relative in the city.  Dr. Carr was recently the victim of alleged police brutality as reported earlier this week.  There is currently no known connection between the two issues, though any information regarding this case should be brought to the HPD as soon as possible.

When we contacted HGH, Dr Carr was unable to be reached at the time, however that he asked us to inform any inquirers that a funeral was being planned and that more information would be revealed once a date was finalized.