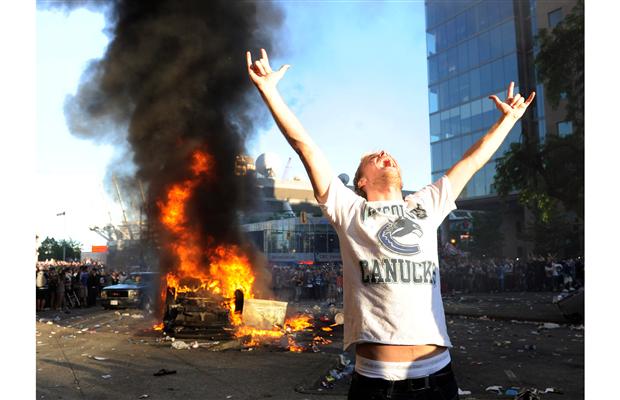 Losing a Hockey Game is not readily associated with trashing a city. Except in Vancouver, Canada where this is the SECOND time, they started burning police cars. Today, 15 June 2011, and similarly when they lost the Stanley Cup playoffs, in 1994 citizens were found trashing their city.

A Hathian Police Spokesperson said: “Even if we had a Hockey team, we would never allow a crowd to behave as abhorrently as Vancouver fans. If we had such a team we would disband the franchise. And we would use force. So much force. Believe me.”

((The writer of this article lives in Vancouver and is embarrassed and wants to leave. Editor’s note: Send them to Hathian!))