A serving Hathian Police Officer has been caught up in a lurid sex scandal involving topless pictures, an anonymous source has told the Observer today. The picture (pixelated for decency reasons) apparently shows the young female officer posing topless for a photographer. The picture is fairly recent, meaning it was likely taken while the officer was in service with HPD. At a time when crime resolution figures are less than flattering for deptartment, news of its officers moonlighting in the sex trade can hardly be seen as a PR boost. 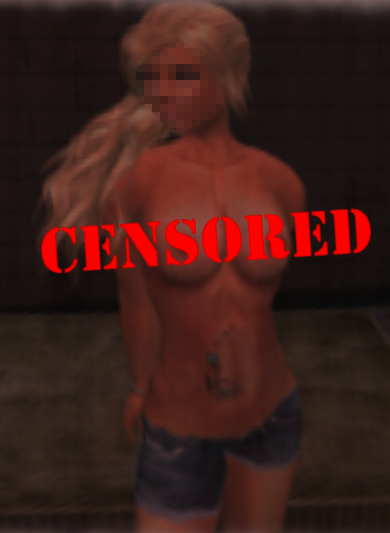 At present, the name of the officer has not been revealed. However, an anonymous source tells us the female officer, allegedly 19 years of age, is a relatively junior officer on the force. Why a promising young officer would do such a thing is unclear; however, there is speculation it may relate to the current pay scheme for officers, which often sees junior officers working long hours on Hathian’s dangerous streets for relatively low rates of pay.

A source, who did not want to be named, said “How can we as a city be expected to be law abiding when our police officers are themselves caught up in such activities. The officer involved should be ashamed”…

Whatever the reason for the scandal, it hardly reflects well on a police department publicly hit by budget cuts over the past year. Of course, there could also be serious consequences for the police officer involved if the identity is revealed, as such activity is almost certainly grounds for dismissal without pension. With 911 onspeed dial for most of Hathian’s worried residents right now, let us hope that our police officers continue to show up to do their duty, and indeed, with their uniforms firmly buttoned.