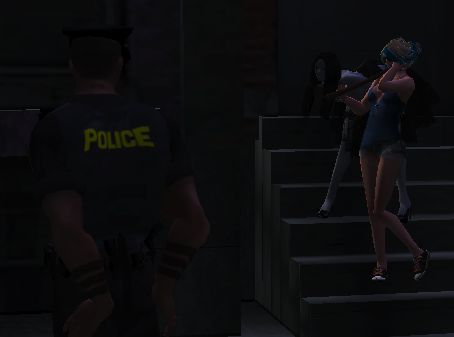 Tonight, Hathian Police, assisted by the Fire Department of Hathian, rescued a young female who had been held against her will at a local Hathian address by persons intent on causing her harm while keeping her captive.

After a Hathian Police officer was seriously injured attempting to save the lone female, several persons were detained by Hathian’s crack SWAT team and taken to Hathian General for treatment. One disturbed person was taken to Hathian Police Station for questioning, where she was heard to exclaim “I need to go home and feed my cat!!”

Any queries about this article may be directed to the HPD Press Officer, Hathian Police Station.