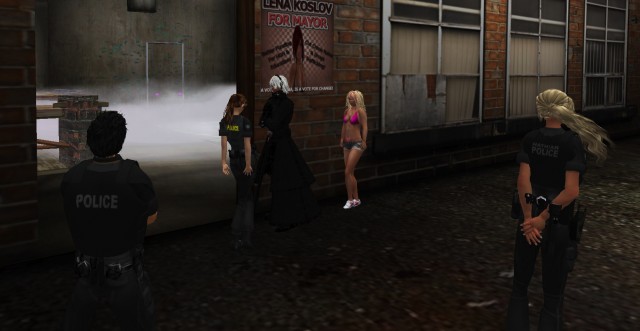 Hathian Police responded to residents anger at an illegal rave tonight, arresting the promoter and turning away patrons looking for drugs and other ‘treats’.

One partygoer arrived in a ‘Bunny’ suit, and panicked upon seeing officers at the door to the venue. Other partygoers were so drugged up they were unable to recognize HPD officers in full uniform attending to shut down the rave to alleviate local residents concerns.

Two persons were arrested and are being questioned by Hathian Police at the station, and officers have seized suspicious items of paraphernalia including an ice cream machine suspected to have been dispensing the treat laced with mind altering drugs.

A Hathian Police spokesperson was quoted as saying, “We will always provide a swift and robust response to deal with the concerns of residents of Hathian. Their comfort and safety is our top priority.”

Questions regarding this article may be directed to the HPD Press Officer, Hathian Police Station.