A minority of citizens in Hathian have been galvanised by the recent criminal activity and the slew of murders to campaign for the release of Rebbeca  Anne Summers, otherwise known as the notorious “Buffy The Vampire Slayer”, currently incarcerated in Hathian General Hospital’s mental health facility. 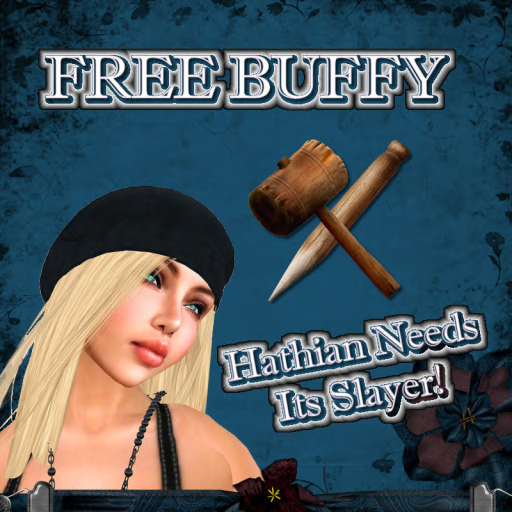 The former student at Columtreal University is being held pending mental health evaluations, after the brutal murder of CU Professor Lysander Larimal who was staked through the heart and then had his head gruesomely cut off. Investigations are also ongoing into a multitude of past murders both in Louisiana, and elsewhere.

“Buffy” is believed to be a vigilante who tracks down evildoers and delivers her own form of street justice.

“There is no place for vigilanteism in Hathian,” a spokesperson for the Hathian Police Department is reported as saying.

However, this isn’t the view of all citizens.

“My sister is the bravest person in this cesspit, she saves everyone! We need her! Otherwise, you’ll all die. FREE BUFFY!” says Kay Varnish, a former sorority sister of the convicted, and the leader of the protest movement.

Will the authorities give in to the protests, as Rebecca is currently being held indefinitely without charge, or will the city have to face its night terrors without some deluded heroine causing carnage and a trail of blood wherever she goes?

Cue Music: Rader Back in Business