After a day of silence, when the grip of fear around the city had just seemed to loosen, another two bodies with the same characteristics as the previous three, were found at the construction sight across from the Clam convenience store on the 13th. 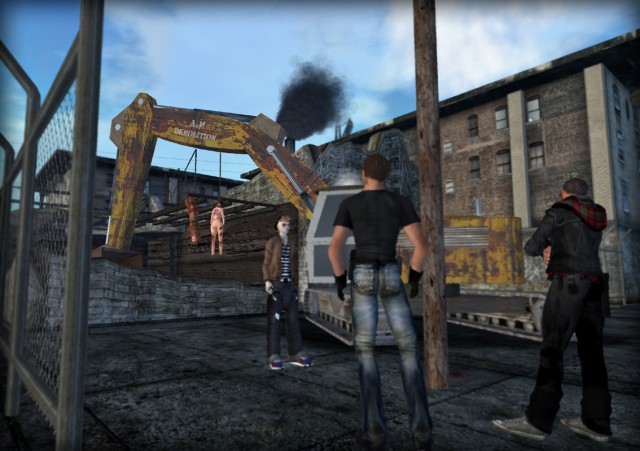 One black male and one white female were found suspended from the crane and a near by building, both hands and feet removed, torso skinned, and innards removed for reasons that only a Hollywood screenwriter can imagine. As in the last three, number four and number five both had a pair of lips carved under their left pectoral, but there was something much different with this pair of bodies than the last.

The heads, although removed, were sewn on to the opposite body instead of disappearing like they have in the past. For the first time, police and forensic analysts have a way of identifying the victims.

Though, this isn’t where the story ends.

The body of the female allegedly burst open, and eight baby chickens proceeded to crawl out of the empty torso with little notes tied around their necks. Police have refused to release what was written.  Supposedly, the second body literally lost its head, and through of the hollow neck, candy fell out like a piñata at a child’s birthday party. There is no word if the same notes that were found on the baby chicks were in the stash of sweets, but it’s clear that this has become a game for the Headless Harvester.