HPD Officer Orchid Sangria was killed  in the line of duty tonight [4/13/2011] . At this time, her murder is under investigation. Her uniform was found next to her body, & had apparently been tortured and mutilated by an unknown suspect.  She will be buried with full honors Saturday in the Hathian Cemetery at 5pm (SLT). 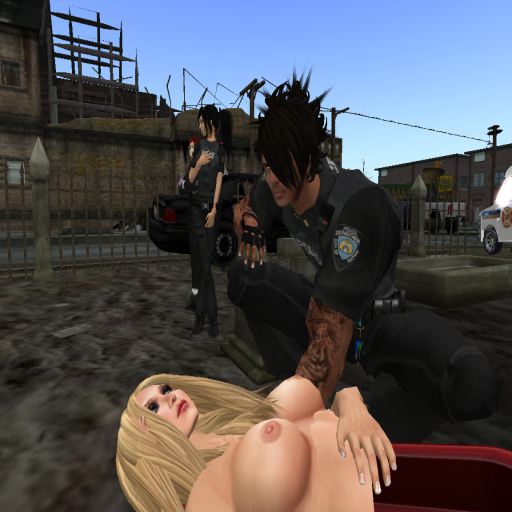 What happens when an officer is killed is multi-faceted. The family is notified by the Chief and the Department Chaplain. Everything in the incident is thoroughly investigated. In a case like this, many details are not released to the media. There are reasons for this- to preclude false confessions is the biggest one.

What does it mean when an officer is killed? It means that the police force that lost the officer will seek the killer relentlessly. Like an old Detective Inspector Lowenstein told me back in Toledo, “It is like blowing up the Pope; You just can’t let anyone get away with it.” For individual officers on the force, they take extra precautions and go proactive. They heavy up. Mourning Bands will be worn on Badges until the Officer’s funeral. Her killer will be brought to justice by what ever means necessary. We did it in Toledo in 2007 and 2009. It will be done in Hathian.