On the 12th of April, HPD Officers and Detectives effected an arrest on Khloe Glamour, a Hathian Police Officer recently released from rookie status. Ms. Glamour has been charged under the Hathian Penal Code, section 201, Murder in the first degree. 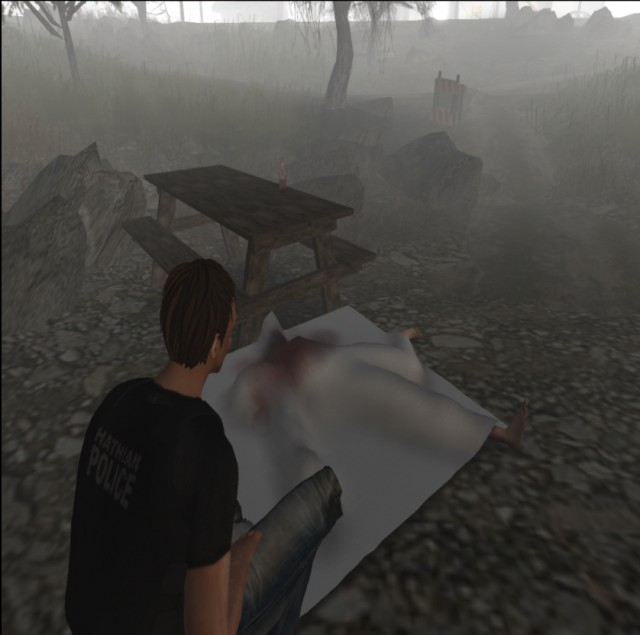 This is certainly another dark moment in the history of this fine police department. However, the light shines through as we continue to clean the scum out of our ranks, to prove our dedication to the citizens of our fine city. HPD detectives normally keep their cases highly confidential; however, due to the recent accusations against the HPD, Detective Dax Carver, with the approval of HPD Command staff, has decided to release the notes and facts of this case to the public.

On the evening of April 8th 2011 the HPD was summoned by a 911 call for a report of a dead body located in the park in District 8. Upon arrival, Detective Carver found a deceased female with her throat slashed, over 50 stab wounds, and the letters C.I.A. branded into her torso. One witness on the scene contacted 911, but did not see anyone else around the area, the following evidence was discovered:

The phone number in the cell phone was discovered to be that of HPD Sergeant John Morpork, who was closely involved with Ms. Glamour at the time of the event. The return on the partial fingerprint on the body returned over 100 possible matches in the Southeast US. However, only one resided in the Hathian area, which was Khloe Glamour. Additionally, a review of her uniform request forms shows that she ordered size 9 boots from the department. When interviewed, Sergeant Morpork was completely cooperative. He established a solid alibi that he was in Miami with family on the date in question, and that he did recieve a brief phone call from an unknown number in which he heard heavy breathing then a female scream. Sergeant Morpork chalked this up to a prank call. The Sergeant also stated that a romantic argument had occurred between himself and Ms. Glamour before he left for Miami. Upon his return, he met with Ms. Glamour at Slim Goodies Diner, where she stated that she had committed a homicide because she was still angry from their lovers’ quarrel. She stated her victim was chosen at random. Sergeant Morpork believed this to either be a joke or a scare tactic, as Glamour was also a police officer. When shown crime scene photographs, Sergeant Morpork’s information was unfortunately proven to be factual.

After several hours of intense interrogation Ms. Glamour finally broke her calm facade, and admitted to the act, confirming it did indeed play out as described above.

This case stands as closed with Ms. Glamour in custody for Murder in the First Degree, and harsh punishment from the department to follow in swift order. Anyone needing further information on this case may contact Detective Carver at the HPD.