Last Saturday night, while patrons enjoyed the nightlight of the Redlight district, a body was dropped from the overpass above the small crowd. The body was hung from a hook and intestines spilled from her severed stomach down onto the onlookers. Horrified the police were quickly called to scene. It appears that no one seemed to see who dropped the body, though one saw a ‘flash of something orange’ above on the overpass. 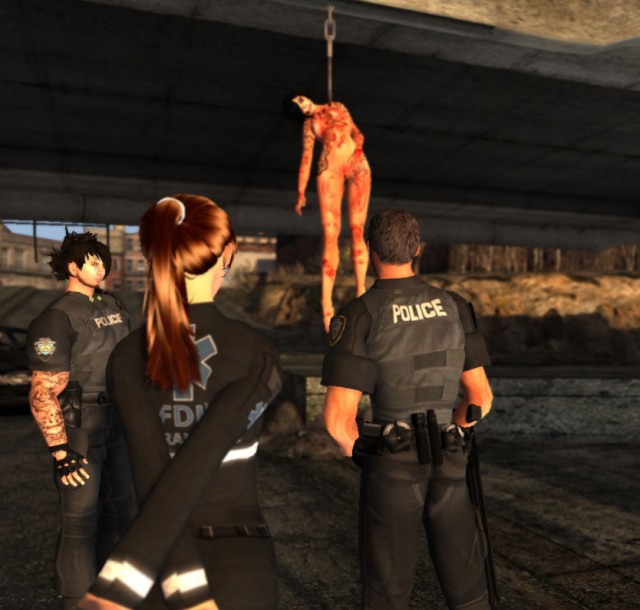 The body was in ghastly condition, the breasts were grinded down to expose the ribs, along with the woman’s private parts. The woman was pregnant at the time off the attack and grotesquely the fetus was cut from the womb and tied between her legs like a fly in a spider web. Most notable was a carving on the woman’s chest, ‘L9R’. No one seems to know what exactly the carving means yet lately they have been popping up everywhere. What could this symbol mean? Why is there a sudden rise in crime as of late? No one seems to have the answers and yet the attacks continue. Is the HPD doing anything to keep our city safe?

‘Slim Goodies’ Diner at End of a Knife