What was supposed to be a relaxing night to help some locals turned into a lethal event that left one person dead and nine others wounded.

A fundraiser to gather bail for Rabid Calhern and Tabbie Blackthorne was held Sunday night at the Titty Twister strip club in Hathian. Members from the local Ace’s Crew gang were there, was well as many members of the public.

The rather uneventful night started to escalate after gangster Jake Kuhn and Paulie Gambino began throwing fists, followed by two armed assailants storming the building. They are rumored to be Piper Rewell and Caris Winslet of the rival Reject gang. Multiple shots where fired, hitting multiple targets were hit and resulting in various trips to the hospital, the HPD, and one body put in the morgue.

One of the victims included Senobia Wirsing, who lies in the recovery ward in a coma. Her fiance Detective Calabane Revestel, one of the responding officers, was also shot, and luckily saved by his bullet proof vest. “The HPD will be working overtime until all suspects invovled in the shooting are safely in custody,” Dectective Revestel states, offering no further comments.

Other gunshot victims included Aiden Diabolito, Skylla Urqhart, Ellis Millet, & Gambino, though detail is not known of the severity of the injuries. 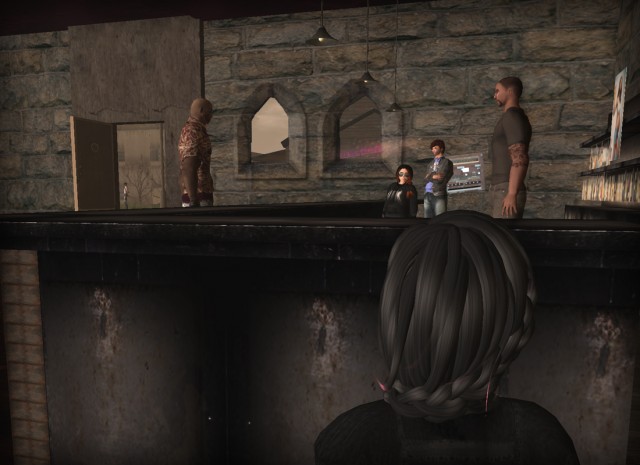 The only mortality reported is that of Jake Kuhn. Shot multiple times in the torso, he was already dead when medical assistance arrived. Even with attempts made to bring him back to life, none were successful.

“He was shot in the heart,” says Theo Johnson, the responding medic who tried to save the man’s life. “I used the defibrillators three times.. nothing happened.”

Gambino and the late Kuhn’s daughter, Mitzi Kuhn, were both transported to jail. The charges filed against them are being kept under wraps for now, but the teenager has already been bailed out. Meanwhile, Rewell and Winslet are still at large.

((Please note this was a scene involving special permission given to use firearms & does not reflect a change in overall gun roleplay policy in the Den.))