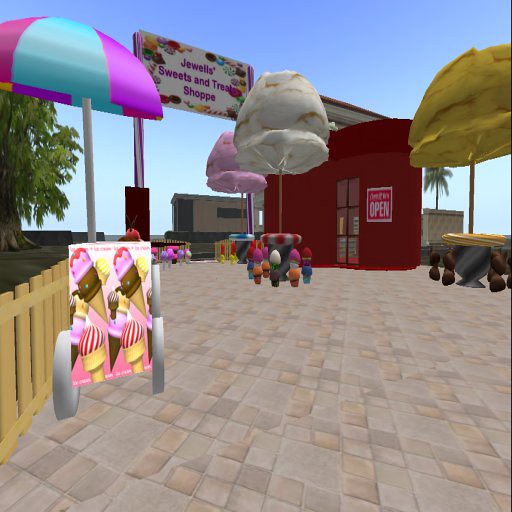 An unidentified 13 year old girl was attacked Friday night at the Jewell’s Sweets and Treats Shoppe in Black Bottom. According to a witness, the girl apparently followed a man identified as Matthew Oakleaf to Black Bottom with the promise

of ice cream. After giving the girl ice cream, Oakleaf allegedly assaulted the girl, knocking her unconscious and yanking her hair repeatedly while yelling something about how she reminded him of his dead daughter.

Police are searching for Matthew Oakleaf on suspicion of murder, the

kidnapping of Ebony Williams, and assault. The suspect is described as a white male, approximately 36 years old, at least 6 feet tall, 185lbs with shoulder length scraggly black hair. He was last seen wearing a torn black shirt and brown pants. If suspect is seen please do not approach, he is considered mentally unstable and extremely dangerous.

Update: Matthew Oakleaf was apprehended and shot in what’s being described as a suicide by cop. HPD Officer Anthony Gavilan discovered Oakleaf and Ebony Williams in an abandoned building in District 8. The girl is bruised, battered and underfed; but otherwise in good condition. Officer Gavilan said that Oakleaf was resisting arrest when he shot and killed the man.

WAR NOT OVER; BATTLES CONTINUE