Popular Ace hangout and fast food joint Gein Burger was reduced to boards and ash rubble on Friday thanks to another explosion in a series of events that has rocked Hathian to its core. 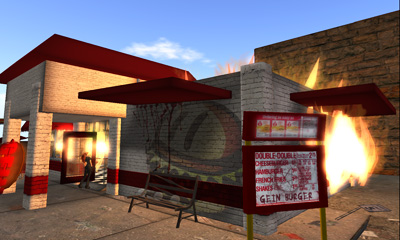 Casualties are unknown at this time, but it is believed that no deaths occured during the fire. Gein manager Tre Marjeta-Teardrop sustained multiple wounds, and has been discharged from Hathian General Hospital, and it is believed that other members of Ace’s Crew were injured in the blast, though this cannot be confirmed. 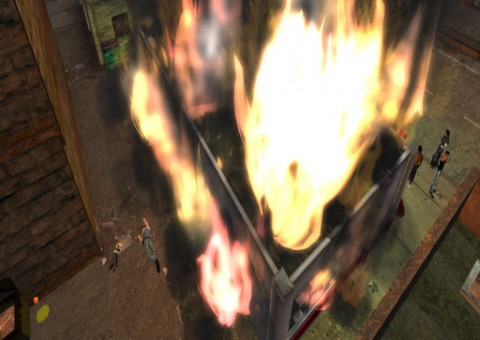 While at time of print, suspects are not known, one might deduce this to be yet another in a long string of events in the battle between the Rejects and Ace’s Crew, leaving all of Hathian nestled in fear for what catastrophe lies ahead, and whose lives will be spared in the end.