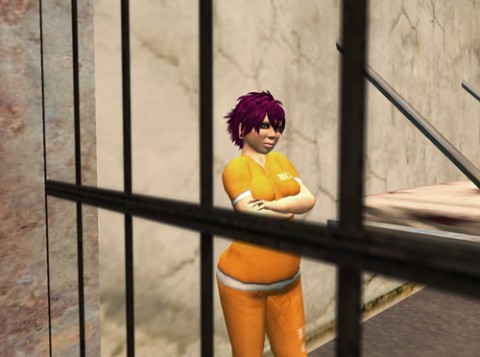 While a morning at the Grind typically is a-fluster with patrons wanting their coffee five minutes before they walked in the door, Wednesday morning had tensions high for a far different reason. In an exclusive interview with Piper Rewell, the suspect at hand, we’re told of a denied transaction gone awry. “Well I was just goin’ to get my coffee and donut first thing in the mornin, yanno? And I guess I forgot my cash so I put the donut back,” she begins, though unable to return the coffee she’d already drank. “So anyway I was like, lemme go get my cash to the barista and she starts flippin’ out, and there was a cop right there.”

According to Ms. Rewell, the officer begin to question her, and while details are sketchy at time of print, somehow both the officer and the suspected ended up on the roof other YMCA, where the HPD claims Rewell had a gun and injured the original arresting officer, which the suspect vehemently denies. “He fell down, or something…ran into the door maybe? And then started shouting that I had a gun. I didn’t, of course….the [expletive] would I do with a gun?” Finally apprehended by multiple officers, the suspect was taken into custody and held down in the cells, where she claims to have been beaten multiple times, as the bruises on her body might confirm, though HPD denies all involvement.