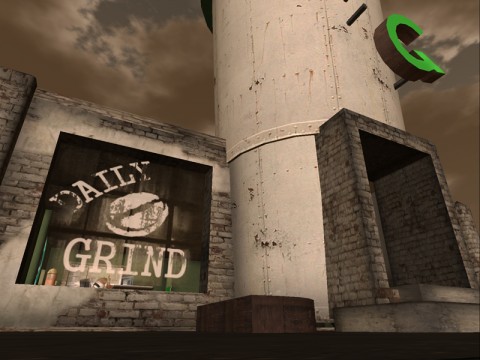 HATHIAN – Three weeks since the small town of Hathian and its neighboring communities felt the wrath of Mother Nature, and one would constitute a return to normalcy for a few of the local watering holes. While the D still remains sat outside on the ground like a wounded soldier in battle, inside the Daily Grind, it was business as usual. “We fared pretty well,” says current manager Piaget Hax, “Aside from [the sign] and some water damage, we were quite lucky.” Most of the small coffee shop had to be fixed or replaced in the wake of the storm, but one would barely bat an eye at the replacements, nor be without that daily cup thanks to Hax and his team of baristas (the ones who returned anyway). 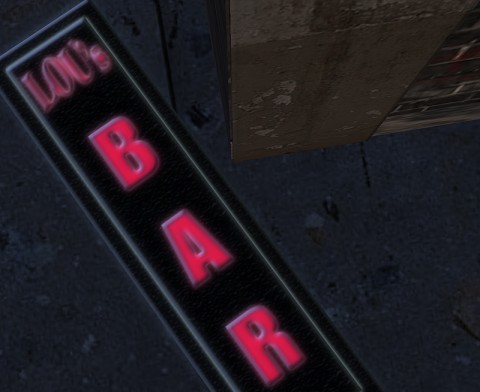 The tone was just as hopeful a few blocks over at Lou’s Bar, where manager Valmont Maseille continues to watch over the place. Luckily for him, he was deep in Black Bottom when the storm hit, though the bar would not be so fortunate. Some structural damage came along with the mass flooding seen by the rest of town, filling the basement entirely and destroying the wiring in the walls. But with a bit of sand and straw to soak up the water, fresh wiring in the walls, and a newly stocked bar, “Lou’s is back in business,” he states most concretely with an excitement that demands patronage.