HATHIAN – As the winds started to slow and the rain eased up, local business owners returned to each of their beloved small town shops to see what sort of mess and chaos remained after the events of the previous week. “The place is a [expletive] mess… I gotta wait for the water ta go down ta see how bad the damage really is,” says Berthier Street Bakery manager, Keri Watkin. “I got a good 2-3 feet of water in the place at least… whole basements’ flooded, includin’ my ovens. I hope it ain’t too bad, though right now, looks like I don’t got too much hope of salvagin’ much.” 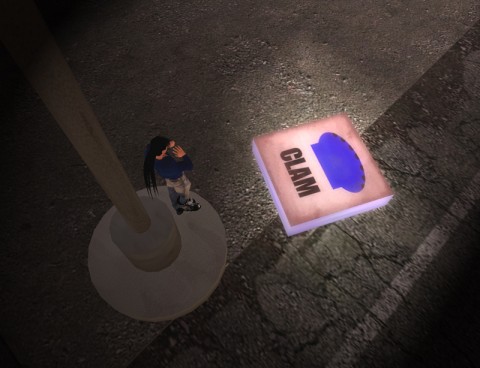 Hathian’s hottest burger joint had it’s own issues, according to manager Tre Chevalier. She reported severe damage to the furniture inside, or at least what remained after thieves stole the fryers, refrigerators, and one beloved milkshake machine. The Clam has no doubt seen a similar fate. Jacinda Spyker of Rader Records lamented the total loss of stock thanks to the storm, saying it “should be a few weeks ’til it’s totally done.” Likewise, Master Bates Inn, which Mrs. Skyper owns and operates, suffered some damage to furniture on the bottom floors, but says the upper floor was sound enough to remain open, housing displaced families while their homes are repaired.

As of print time, most or all of Hathian’s esteemed shops remain closed both due to cleanup/construction and lack of utilities city-wide, so citizens are having to make due without their usual fix of music, coffee, and beer. In the meantime, HPD Senior Officer Charlie Feld had this advice for Hathianites: “Keep a watchful eye out for looters, but don’t shoot at the cops coming around to check on the houses. If you need help, flag down a passing patrol officer and we’ll assist as we can. Best thing to do right now is to try and get to a shelter, we don’t know how long the water will stick around so some foundations in the homes may give way.”