HATHIAN – As the Police Department begins to expand, man’s best friend has joined the ranks of the force. The K9 units will become vital to HPD in the months to come as they begin to have more extensive operations. 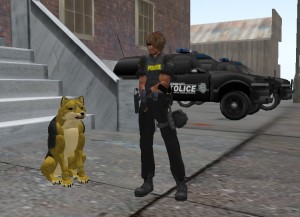 “Having the K9 units will save officers lives,” said a rookie.”They will allow us to pursue a suspect especially when they try to evade us.”

Officer Boysie Blaisdale and his K9 complanion have already started patroling the streets and stopped an armed robbery with no injuries to officers. Once the program is completely in place the PD hopes to have atleast four officers and K9 units.